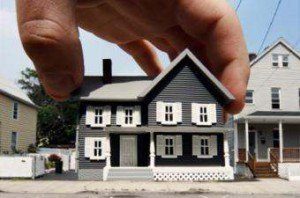 While Homeowner Association (HOA) liens for unpaid assessments typically have priority over second mortgages and other junior liens (because the HOA liens may “relate back to” the HOAs’ previously-recorded declarations), first mortgages receive special treatment in various states, such as Minnesota. Despite that special treatment, HOAs often demand payment of substantial bills by lenders foreclosing first mortgages. In addition to the regular monthly dues, the HOA bills may come riddled with line items for special assessments, attorneys’ fees, late charges, interest, and more that may not be the responsibility of the lender to pay. When the bills threaten to delay sale closings, lenders must quickly decide whether to pay the bills or delay matters, potentially losing sales, to challenge the HOA’s invoices.

As an example, Minnesota law generally provides a clear outline of what charges must be paid by foreclosing lenders. The foreclosing lender for a first mortgage is only required to initially pay the “unpaid assessments for common expenses levied which ‘became due,’ without acceleration, during the six months immediately preceding the end of the owner’s period of redemption.” The lender is not responsible for late charges and attorneys’ fees assessed during or prior to this six-month look-back period, because the Minnesota HOA statute specifically omits these amounts in the list of allowed charges.

Unfortunately, unscrupulous or ill-informed HOAs may add all of the unpaid association dues, late charges, and attorneys’ fees to bills regardless of their timing. Often, these unlawful charges are paid by lenders who are too busy to challenge every line item. When an HOA bill looks suspect, a lender should determine what assessments are legally allowable before making payment. It may be more cost effective for a lender to hire an attorney for an invoice review and challenge, than to repeatedly pay substantial sums that are avoidable.

Of course, once the first mortgage holder completes foreclosure and that lender becomes the outright owner of the HOA property, that party must timely pay all HOA dues and assessments going forward. If those assessments become delinquent, the lender or its successor would become subject to collection costs, including attorneys’ fees, similar to any other unit owner, as well as foreclosure by the HOA. As soon as the redemption period expires in redemption states, or the lender becomes the outright owner of the property through other means, the lender should ensure the HOA is contacted and that the HOA account is kept current.

Certain associations may also strategically time when they levy special assessments to try to get lenders on the hook for those expenses.  For example, consider the instance when an abandoned, mortgaged HOA unit has a fire in one year causing the HOA to incur costs for repairing that unit, but the lender does not foreclose its mortgage until the following year.  The HOA may delay levying the repair costs until after the mortgage foreclosure sale. Since the HOA lien statute may not define when those repair costs actually “became due,” it may be unclear without court intervention whether the lender is truly obligated to pay those assessments.

A foreclosing lender who claims a first mortgage position should also ensure that property records are consistent with that senior lien claim as early as possible.  This is particularly true in non-judicial foreclosure states, where senior liens can potentially foreclose and wipe out junior liens without notice.  If an HOA forecloses its own lien and has a sheriff’s sale, all junior mortgage liens that fail to redeem from the HOA’s foreclosure, where applicable, will become wiped out.  If there is a previous mortgage that was paid off by the intended first mortgage, but not properly satisfied or released of record, the intended first mortgage could be deemed a second mortgage and wiped out by an HOA lien foreclosure. This same result could also occur when intended first and second mortgages are recorded in the wrong order. A Minnesota court recently decided that the priority order of liens may be set as soon as the HOA’s sheriff’s sale is completed, preventing the lender from establishing priority later through a judicial action.

Mortgage holders should record Request for Notice documents for prior lien foreclosures wherever applicable. In certain states such as Minnesota, these Request for Notice documents must be recorded separately from the mortgage. Importantly, mortgage holders should also diligently review any foreclosure notices immediately upon receipt—as well as related property records.  Lenders should never assume they hold first mortgages until after they have reviewed property records confirming that status.

If a lender does successfully challenge an HOA through litigation, it is possible in certain jurisdictions that the lender can recover attorneys’ fees and litigation costs.  In various jurisdictions, a court may award reasonable attorneys’ fees and litigation costs to the “prevailing party.” Moreover, if the lender is able to establish that the HOA willfully failed to comply with the HOA statutes, the court may award punitive damages as well in certain jurisdictions, such as Minnesota.

In sum, lenders need to be wary of HOA liens and their foreclosures, and act quickly to spot and resolve issues as soon as they arise. Otherwise, lenders may end up paying significant and unnecessary costs to HOAs, or worse, lose their liens entirely to HOA lien foreclosures.

Previous: Victory and Vindication for Castle Law Group in Landmark Decision
Next: Most Improved Markets in Portland and Charlotte

Kevin Dobie is a Partner and handles litigation and other matters for mortgage servicers at the firm.