Number of Loans in Forbearance Approaches the 1% Mark 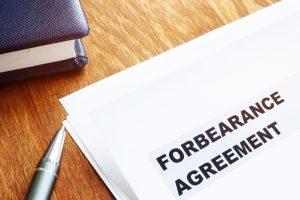 Nationwide, the number of loans in forbearance decreased by 13 basis points from 1.18% of servicers’ portfolio volume the prior month to just 1.05% as of March 31, 2022. According to the Mortgage Bankers Association’s (MBA) monthly Loan Monitoring Survey, an estimated 525,000 U.S. homeowners are currently in forbearance plans.

“March was another month of lower forbearance rates, and a higher share of overall loans and forbearance-related workout loans that are current,” said Marina Walsh, CMB, MBA’s VP of Industry Analysis. “The share of loans in forbearance continues to dwindle and is just five basis points shy of hitting 1%—or 500,000 homeowners—after peaking at 4.3 million borrowers in June 2020. It has been a remarkable recovery for many homeowners in less than two years.”