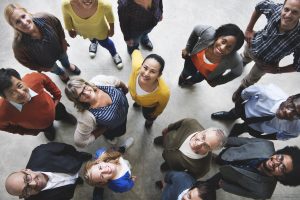 It has been five decades since President Lyndon B. Johnson signed the Fair Housing Act into law, one week after the assassination of Martin Luther King, Jr. In honor of the anniversary, Trulia partnered with the National Fair Housing Alliance (NFHA) to examine the state of housing in 2018 and spotlight areas where inequalities still persist in the housing landscape, even all these years later.

Numerous inequalities between majority white and majority nonwhite census tracts stood out (a majority nonwhite area defined as one in which “more than 50 percent of the population is made up of any combination of people of color, including Hispanics”). Trulia found that majority-nonwhite census areas across all four metros had an average of 35.1 percent fewer traditional banking establishments than majority-white areas. On the other hand, majority non-white areas in all four metros featured twice as many alternative banking establishments. “Unlike mainstream financial services, alternative ones charge much higher fees, take deposits, and offer loans that do not help build credit histories,” reads the report. “As a result, these institutions are seen as providing costlier credit.”

According to Trulia, the problem was worst in Houston, of the four metros examined, with majority-white areas having 5.25 times more traditional financial services outlets than majority-black areas and nearly three times that of majority-Hispanic areas.

Trulia also found that majority non-white areas in all four cities had 38.4 percent fewer healthcare establishments than majority white areas, with the problem being especially pronounced in Houston and Oakland.

“The location of these amenities offer a first glimpse into the types of services and options are most readily available to which communities and suggests that the unevenness of housing opportunities for certain racial and ethnic groups is intimately related to the availability of quality services that help communities thrive,” states the report.

You can read the full report, complete with interactive maps, by clicking here.

Previous: For More Affordable Homes, Move to the Middle
Next: Debt and Regret Among Some Homebuyers