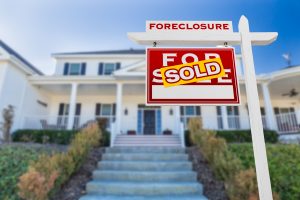 Note: This article is reprinted with permission of the American Bankers Association.

To interpret a statute is an important function of the judiciary. However, not all courts interpret statutes in the same manner. As such, it is helpful for practitioners to familiarize themselves with arguments analyzed and adopted by courts in construing statutes, especially those which may set the basis for a court action or proceeding.

Pursuant to the HETPA and the Real Property Actions and Proceeding Law (RPAPL) section 1304, mortgagees of a home loan are required to serve a notice to the mortgagors at least 90 days prior to the commencement of the action. The underlying purpose of these statutes is to provide a greater amount of notice to mortgagors confronted with foreclosure and in turn afford them with greater protections than homeowners may be afforded under the parties’ mortgage contracts.

Strict compliance with RPAPL Section 1304 is required. Failure to do so may subject the action to dismissal without prejudice because, where applicable, proper service of an RPAPL Section 1304 notice is a condition precedent to a judicial foreclosure action. Additionally, the mortgagor has the burden of proving their compliance with this condition, while the borrower has to merely allege non-compliance. However, failure to comply with RPAPL Section 1304 is not jurisdictional, and violation of the statutes constitutes a defense to a home loan mortgage foreclosure action only when raised. In other words, the defense is waivable.

In Kessler, the borrower conceded that he did in fact receive an RPAPL section 1304 notice. However, the borrower alleged that the notice included language, in addition to the prescribed language required by RPAPL Section 1304(1). The borrower contended that the inclusion of this additional language constituted as separate notice within the meaning of RPAPL 1304(2), and therefore violated the “separate envelope” requirement imposed in that subdivision. The trial level court accepted the borrower’s argument and held that the mortgagor did not strictly comply with RPAPL Section 1304. Thus, the trial court held that a condition precedent to the foreclosure action was not met.

On appeal, both the majority and dissent agreed on the purpose of the underlying statute. RPAPL Section 1304(1) provides specific language for the notice which must be contained in every RPAPL Section 1304 notice and must be in at least 14-point type. The language warns the homeowner, in essence, that their mortgage is in default, that the homeowner is at risk of losing their home, and the amount of arrears that must be paid in order to cure the default. If the default is not cured within 90 days, a foreclosure action maybe commenced against the homeowner.

The Second Department ruled that the language in RPAPL Section 1304(2) must be interpreted as strictly as RPAPL Section 1304(1) is interpreted. In doing so, the court stated that in the matter of statutory interpretation, the primary consideration for a court is to discern and give effect to the legislature’s intention. The text of a provision is the clearest indicator of legislative intent, and as a result, courts should construe unambiguous language in a manner that gives effect to its plain meaning. When the plain language of a statute is precise and unambiguous, it is determinative.

“This strict approach precluding any additional material in the same envelope as the requisite RPAPL Section 1304 notices not only comport with the statutory language, it also provides clarity as a bright-line rule to plaintiff lenders and ‘promotes stability and predictability[.]’” As Associate Justice Colleen D. Duffy, JJ. of the Second Department wrote for the majority, “[t]he strict construction of the ‘separate envelope’ requirement is consistent with the Legislature’s intent.”

In contrast, the dissent took issue with such a bright-line ruling, and instead suggested that the issue was whether, in the absence of an explicit prohibition against such additional language in RPAPL Section 1304, does such language invalidate the notice? The dissent opined that the statute should not be extended beyond its plain language in a manner that analyzes the additional language prior to rendering every inconsequential addition fatal.

For although the requirements of the statute must be strictly complied with, the statute itself must be strictly construed in the first instance because a statute in derogation of the common law, or which infringes upon an existing common right, must “be strictly construed”. The failure to do so here is error, as a matter of law. In its present form, there is no statutory basis or prohibitionary language to “conclude that any language beyond that which is required by RPAPL § 1304(1), however, slight or innocuous, constitutes a separate ‘mailing or notice’ within the meaning of RPAPL 1304(2)[,]” wrote Associate Justice Robert J. Miller of the Second Department, in dissent.

Justice Miller concluded that because the notice did actually include the language required by the statute, the mortgagor strictly complied with the statutory commands of RPAPL Section 1304, and the additional information regarding bankruptcy or military status of the borrower were in furtherance of the intent of the statute to provide a homeowner with information necessary to preserve and protect home equity.

In the end, it seems that the majority expressly rejected the mortgagor’s position in the litigation that an analysis undertaken by certain trial courts in New York should apply: that courts should evaluate whether the additional material(s), contained in the envelope sent by the lender pursuant to RPAPL Section 1304, prejudice(s) or assist(s) the borrower when ascertaining compliance with the RPAPL Section 1304. It appears that the majority decided this case more from a workability and predictability standpoint with a formalistic bright-line rule, as opposed to approaching the issue from a spirit of the law, minimalistic, case-by-case pragmatic standpoint.

Practitioners should note that trial courts have already started dismissing several residential foreclosure cases following Kessler. Therefore, it is crucial for all real estate attorneys to examine the RPAPL Section 1304 notices sent by them and/or their clients, and determine what implications, if any, Kessler has on their cases. Some foreclosure actions may need to be started over in order to comply with Kessler’s dictates. Such analysis may become even more necessary as the Second Department argues that its sister court, the Appellate Division, Third Department, is in agreement with this decision (although no appellate decision adopting Kessler has been released as of yet). Please note that a decision from the New York State Court of Appeals, New York’s highest court, may change these determinations, should a case presenting similar issue make it before the state high court. Stay tuned, but, for now, make sure that your Section 1304 notices do not include anything beyond what the statute expressly prescribes.

Arsenio Rodriguez is a bi-lingual seasoned litigator with Stern & Eisenberg, P.C. in New York City, New York, who brings his extensive experience and superior skills in negotiations, mediation, and trial practice to the firm. He started his law career at the Queens County District Attorney’s Office where he tried multiple cases to verdict, negotiated hundreds of plea deals with the defense bar, and was actively involved with the NYPD on active investigations. Arsenio continued to develop his passion for all aspects of litigation representing both companies and individuals. He has settled more than 35 class action matters, worked as lead counsel on hundreds of employment law matters, and heard hundreds of hours of federal wiretaps in defense of a billion-dollar hedge fund facing DOJ investigation, while also expanding and diversifying his legal expertise. Arsenio has also prepared and presented CLE classes involving the use of employment agreements as well as the litigation of wage and hour matters in New York. He is an alumnus of George Washington University Law School and a graduate of Lehigh University with a BS in Finance and Marketing.

Ali Degan Esq., a real estate litigator with experience in foreclosures, evictions and the relevant administrative aspects of real estate disputes, is with the law firm of Stern & Eisenberg, P.C. in New York City, New York. Degan offers his legal counseling to lenders and creditors in foreclosure matters as an associate attorney. Prior to joining Stern & Eisenberg, Ali mainly represented landlords in commercial and residential evictions in New York City Metropolitan Area for two years. During his practice in Louisiana, Ali represented borrowers and real estate owners. Most notably, he was the lead author of an interlocutory appeal which led to a major win for his client as the Louisiana Court of Appeals declared the mortgage null ab initio in the reported case of Ocwen Loan Servicing, LLC v. Porter, 2018-0187 (La. App. 4 Cir. 5/23/18), 248 So. 3d 491. Ali has authored multiple articles and practice points and has paneled CLEs for the American Bar Association’s (“ABA”) Real Estate, Condemnation, & Trust Litigation, and other organizations. In 2019, Ali was selected to the ABA’s Young Lawyer Leadership Program. Since then, Ali has co-chaired the ABA’s Mortgage and Foreclosure Subcommittee as well as the Landlord and Tenant Subcommittee. In 2021, the ABA selected Ali to co-chair its Minority Trial Lawyer Committee.