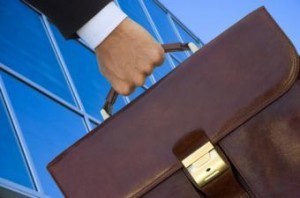 Among those unemployed, those who lost jobs or completed temporary jobs declined by 211,000 to 3.3 million. Long-term unemployment, those jobless for 27 weeks or more, was essentially unchanged. Over May, 1.7 million were in this situation and accounted for 24 percent of the unemployed.

Nonfarm payroll employment increased by 138,000 in May, compared with an average monthly gain of 181,000 over the prior 12 months. Job gains occurred in health care and mining.

Curt Long, National Association of Federally-Insured Credit Unions Chief Economist, said the May jobs report was a disappointment due to job growth failure and failed expectations.

“The participation rate fell, and wage growth showed no improvement," said Long. "Despite the poor May returns, the Fed's view of the labor market remains strong enough to support a quarter-point rate hike later this month. But the slowing pace of job growth combined with still-muted wage growth may lead some officials to downgrade their expectations for further policy tightening in the second half of the year."

Doug Duncan, Chief Economist for Fannie Mae, agreed that the May Jobs Report showed the labor market has lost some steam.

“The headline payroll gain surprised to the downside and came on top of sizable downward revisions to the prior two months,” Duncan said. “Notably, the three-month moving average gain has steadily declined from about 200,000 in February to 121,000 in May. Results from the household survey didn’t help either.”

Duncan said the unemployment rate dropped to the lowest it has been in 16 years. He said this because of a large decrease in the labor force that outpaced a decline in household employment.

“This report, combined with other factors including declines in auto sales, raises questions about the recent hawkish tone of Fed officials, who have hinted at potentially more rate hikes and a start of the process of balance-sheet shrinking this year. For the near term, we believe that today’s report does not meet the high bar required for the Fed to stand pat on the fed funds rate at its meeting later this month. However, uncertainty looms large for both the fiscal and monetary policy outlooks over the next year.”

Previous: Ocwen Ratings to Remain Despite Sale
Next: Less Directive to Bank Boards as the Fed Steps Back