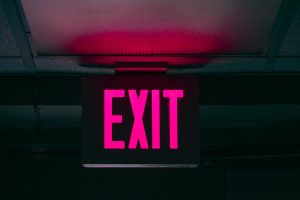 The share if U.S. homeowners in some stage of forbearance continues to dwindle nationwide, falling to 4.04% of all mortgage loans according to the latest Forbearance and Call Volume Survey from the Mortgage Bankers Association (MBA). This total is down from last week’s share when forbearances accounted for 4.16% of all mortgage volume. The MBA estimates that approximately two million homeowners are currently in forbearance plans.

"The share of loans in forbearance has now declined for 15 straight weeks, with a larger decline this week as many reached the 15-month mark," said Mike Fratantoni, SVP and Chief Economist for the MBA. "Forbearance exits increased—as is typical in the beginning of a month—and reached the fastest pace since April. New forbearance requests, at four basis points, remained at an extremely low level."

By stage, 10.6% of total loans in forbearance are in the initial forbearance plan stage, while 83.6% are in a forbearance extension. The remaining 5.8% are forbearance re-entries.

"We are seeing an increase in the share of forbearance exits, where borrowers do not have a loss mitigation plan in place,” said Fratantoni. “Homeowners who are reaching the end of their forbearance term need to contact their servicer to discuss the next steps in the process, as servicers cannot extend the forbearance term without talking to the borrower."

In terms of call center volume, the number of calls increased relative to the prior week, from 6.5% to 6.9%, with the average call time remaining the same at 7.8 minutes.

"The economy is recovering remarkably fast and as pandemic restrictions continue to lift, economic growth will remain strong over the coming months,” said Sam Khater, Freddie Mac’s Chief Economist, in a recent release.

And the job market continues to rise, with pandemic-stricken industries returning to the workforce. The U.S. Department of Labor has reported, for the week ending June 5, the advance figure for seasonally adjusted initial unemployment claims was 376,000, a decrease of 9,000 from the previous week's unrevised level of 385,000, marking the lowest level for initial claims since March 14, 2020 when it was 256,000.