Real Estate Investment: The Only Way to Go? 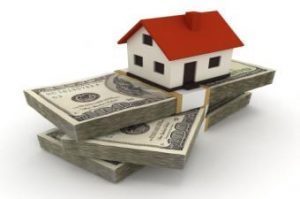 According to Real Estate Investor Grant Cardone, the housing market is “done in America.” Cardone told Yahoo Finance that the housing market will never come back, as sales of new homes fell by 7.8% last month, hitting a 5-month low, even as pending home sales notched a 1.1% gain.

Despite Cardone’s bearish outlook, he states that real estate is currently the only place he’s willing to invest.

Recently, the Wells Fargo/Gallup Investor and Retirement Optimism Index revealed that investor optimism has dropped, and according to a Gallup poll, it’s real estate, not stocks, that are considered to be the best investment. The poll indicates that 35% of Americans believe real estate to be the superior long-term financial investment, compared to 27% who say stocks are the better investment.

Investors are particularly focused on the rental market. Renting has picked up, with 36.6% of Americans as renters, up to a 50-year high, Yahoo reports. According to Cardone, the the Baby Boomer generation could be the cause of the rent increases.

“We’re going to rent to 80 million Baby boomers in this country. Baby boomers are going to become the biggest renters in the country and millennials will follow,” Cardone said.

The data analysts at Black Knight on Friday published weekly forbearance numbers. Due to the ...