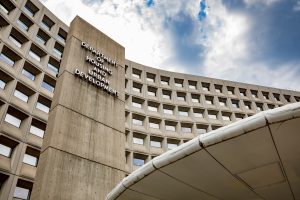 The U.S. Department of Housing and Urban Development (HUD) has announced two settlements for entities violating its regulations.

In the Commonwealth of Massachusetts, HUD has reached an $11,000 settlement with Blossom Associates LLC and Maryanne Hart, Owner and Operator of multiple rental units, will pay $11,000 under a Consent Order resolving allegations that they refused to rent to a family because the family had children under the age of six.

Under the Fair Housing Act, it is unlawful to discriminate against families with children under the age of 18, and this includes the refusal to rent to families with minors.

“When looking for safe and affordable housing, families shouldn’t be penalized because they have children,” said Demetria L. McCain, HUD’s Principal Deputy Assistant Secretary for Fair Housing and Equal Opportunity. “This agreement reaffirms HUD’s commitment to ensuring that housing providers follow fair housing laws and not discriminate against families who have children.”

The Order resolves allegations made by HUD in a charge of discrimination. The charge alleged that the family inquired on two occasions about renting a unit. Each time, Hart allegedly asked the parents if they had children and how old they were. Upon hearing the children were under the age of six, Hart allegedly replied that she would not rent the unit to a family with children under six years of age because the unit had lead paint. Massachusetts has lead paint laws that require housing providers to remediate lead paint in units where children under six live. The laws also create liability for housing providers if they do not remediate and young children suffer lead poisoning.

“Housing providers may not use lead laws as an excuse for refusing to rent to families with young children,” said HUD General Counsel Damon Smith. “HUD is committed to vigorously enforcing the Act to ensure that families with children can secure housing.”

Under the terms of the Consent Order, Blossom Associates and Hart must pay $11,000 to the family, complete fair housing training, include an inclusive statement in all future rental advertisements, and refrain from making disparaging written or oral statements about the family.

HUD has also entered into a Conciliation Agreement with California property owners Joel and Christie A. Crowley; a property management company, Distinctive Properties Real Estate and Property Management; and property manager William Ware, resolving allegations that they discriminated against an interracial married couple on the basis of race and disability. A former employee of the respondents allegedly made discriminatory statements and refused to provide an accessible parking space for the husband. Read the

The Fair Housing Act prohibits housing providers from discriminating because of race and disability.

The case came to HUD’s attention when a couple filed a complaint alleging that the housing providers discriminated against them because of race and disability. The complaint asserted that the property manager made discriminatory comments and that other tenants subjected them to racial slurs and threats. They also alleged that they were refused an accessible parking space.

The Agreement states that the property owner has agreed to pay the couple $25,000, and respondents have agreed to process any and all future requests made by or on behalf of applicants and/or residents for reasonable accommodation in a timely manner and provide fair housing training for their staff. Property owners Joel and Christie A. Crowley, Distinctive Properties Real Estate and Property Management, and William Ware deny any violation of the law, and their entering into the Conciliation Agreement does not constitute an admission by them or evidence of a determination by the Department of any violation of the Act or any other law.