State of Emergency Declared For Louisiana 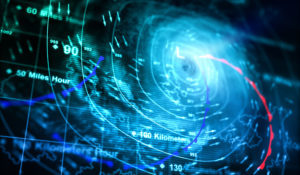 Weather.com is reporting that mandatory evacuations have been ordered for parts of Louisiana as Louisiana Gov. John Bel Edwards declared a state of emergency on Wednesday due to the incoming Hurricane Barry.

The storm, which has already caused damage to sections of coastal Louisiana, is expected to impact the coasts of Mississippi and Texas.

Edwards said, “the entire coast of Louisiana is at play in this storm,” and added that the National Guard is on standby throughout the state.

This is the first of the 14 storms predicted by the Colorado State University in its latest projections for the 2019 hurricane season that began on June 1. In its forecast, the University included sub-tropical storm Andrea that had formed off the Atlantic coast prior to the start of the season. It had pegged the probability of at least one major hurricane to make landfall along the continental U.S. coastline at 54%, slightly higher than the historical average of 52%.

According to the Washington Examiner, Louisiana residents are being advised to gather emergency supplies and hunker down for the storm. Louisiana Gov. John Bel Edwards has declared a state of emergency. He has said that the state is unlocking resources to manage the storm surge and hurricane-force winds and heavy rainfall across the state.

"No one should take this storm lightly. As we know all too well in Louisiana, low intensity does not necessarily mean low impact. Now is the time to check your emergency supplies and get a game plan for your family and pets. I urge the public to continue monitoring local media for weather developments and follow the directions of local officials," Edwards said in a statement. "We expect multiple parishes to declare states of emergency, and we stand ready to assist our local partners with all available resources. My office is in constant communication with FEMA, and we will continue to provide updates as necessary."

Storm surges have been known to cause damage to homes. According to Tom Jeffery, Principal, Insurance and Spatial Solutions, at CoreLogic, “Throughout history, damage from storm surge and inland flooding has shown it can far exceed the damage from wind. Superstorm Sandy, for instance, caused unprecedented levels of storm surge in New Jersey and New York.”

Hurricane Barry is expected to hit the coast of Louisiana Friday night or Saturday morning.

Events, such as the situation unfolding in Louisiana, are exactly why the Five Star Institute is hosting its 2019 Five Star Preparedness Symposium, on July 31, in New Orleans.

The symposium will feature subject-matter experts leading critical conversations on situations just like this one, addressing appropriate response, reaction, and assistance strategies. Together, the industry is working to lend the proper support for this and all future natural disasters.

“The weather events unfolding in the Gulf of Mexico, potentially impacting thousands of homeowners in Louisiana, are exactly why we host events, such as the Five Star Disaster Preparedness Symposium,” said Ed Delgado, CEO & President of Five Star Global. “No one expected a storm of this magnitude, so early in the 2019 hurricane season. It serves as a wake up message to the industry—that needs to prepare in advance and activate common polices and procedures, when homeowners are impacted by natural disasters.”

Previous: Wildfires and Their Impact on the Housing Market
Next: Earthquakes and California MBS