Small Step for Women and Minorities, Giant Leap for Mankind 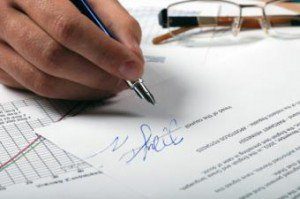 The Federal Housing Finance Agency (FHFA) finalized four amendments to its Minority and Women Inclusion regulations today. The amendments, initially announced in October 2016, clarify the scope of the FHFA’s regulations and also provide guidance on the implementation of diversity and inclusion efforts.

The FHFA adopted its inclusion regulations in 2010, just after the 2008 passage of the Housing and Economic Recovery Act. HERA requires Fannie Mae, Freddie Mac, the Federal Home Loan Banks, and the Office of Finance—and all its regulated entities—to encourage diversity and inclusion throughout their organizations and in their business activity.

In October, the Agency proposed four amendments to clarify further the regulations’ scope, as well as offer implementation guidance to those institutions which it applies. Specifically, the amendments require entities to:

The Agency accepted comments on the proposed amendments for 60 days following their release in October last year. Today’s rule finalizes those amendments; it has been published in the Federal Register and will go into effect in 30 days.

Today’s final rule is just one of many diversity efforts currently underway in the financial and housing sectors. There are also diversity-focused industry groups, like the American Mortgage Diversity Council, working to expand inclusion initiatives even further.

The AMDC aims to address the challenges faced by minorities and women in the industry, as well as encourage supply chain, workforce, and strategy diversification, through events, monthly publications, compliance guidance, training, education, advocacy, and more. The council boasts leaders from GSEs, federal banks, private lenders, credit unions, and other financial institutions from across the country.

Learn more about the American Mortgage Diversity Council at MortgageDiversityCouncil.com.

Previous: What’s a HELOC Again?
Next: Poverty is Growing, Cities Need to Prepare