Nationally, the gap between monthly starter homeownership costs and rents widened by 25.5 percentage points (+$483) from January to June, according to the latest Realtor.com Monthly Rental Report. New data illustrates how higher mortgage rates are increasingly tipping the housing affordability scale in favor of renting over first-time buying. Additionally, more than three-quarters of the 50 largest U.S. metros favored renting in June, compared to just under half of these markets in January.

Nationally, rents hit 16th straight record-high but lag first-time buying costs
The U.S. median rental price hit a new high for the 16th consecutive month in June, but still lagged behind typical starter homeownership costs, and by a greater amount than at the start of the year.

This growth is largely attributed to the skyrocketing cost of financing a home purchase, with mortgage rates jumping more than two percentage points from January to June. Although for-sale home prices also hit multiple record-highs in the first half of the year, Realtor.com's June analysis found that mortgage rate hikes were the biggest driver of the widening affordability gap between renting and first-time buying. 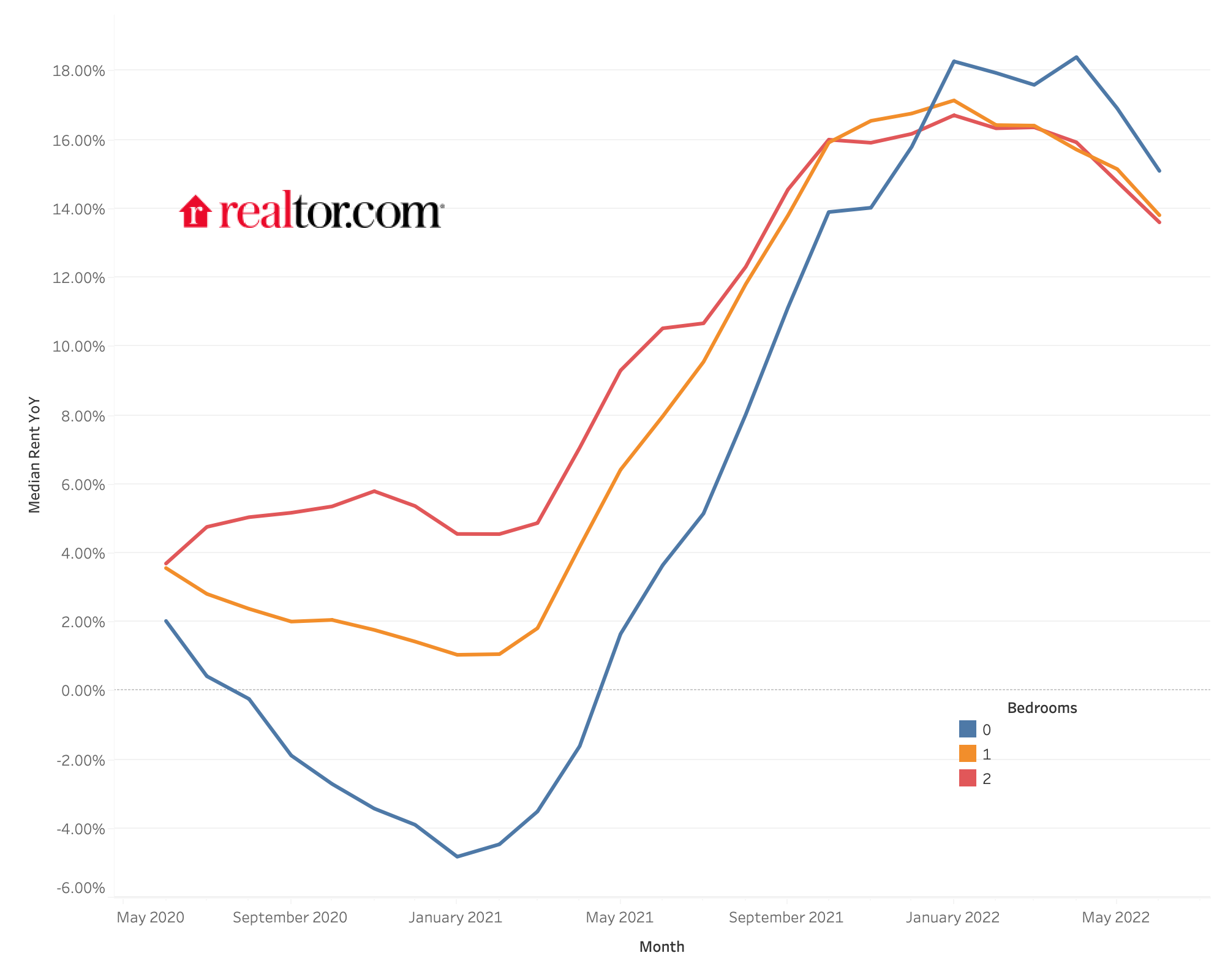 "With rents and for-sale home prices both hitting record-highs in June, the rising cost of financing a home purchase stands out as the clear driver of rental affordability relative to typical starter homeownership costs. In fact, our analysis shows that if not for higher mortgage rates, the rent versus first-time buying gap would have shrunk in the first half of this year, as rents grew more quickly than starter home prices," said Realtor.com Chief Economist Danielle Hale. "While more markets offered relative rental affordability in June than in January, rents are still rising across the country. Plus, many of the areas that favored renting are among the biggest tech cities, where real estate tends to come at a premium. As housing affordability remains a challenge for many Americans, it's key to stay on top of how higher costs impact your budget, whether renting or first-time buying."

In the largest metros, affordability increasingly favors renting over first-time buying
In June, a significantly greater share of the 50 largest U.S. metros favored renting over buying than at the start of the year. Among key factors driving this shift were trends seen nationwide, such as higher mortgage rates and cooling rent growth. June data also points to a correlation with economic indicators like inflation and unemployment, which were relatively lower in many of the metros with smaller gaps between monthly rents and first-time buying costs.

Additionally, the top rent-favoring markets were dominated by the country's biggest tech hubs, while the metros that favored starter homeownership were concentrated in the Midwest and south.

"Whether you're looking for a rental or trying to buy your first home, our analysis highlights the importance of prioritization when deciding where to live," said Joel Berner, Senior Economic Research Analyst for Realtor.com. "Take the example of areas with smaller gaps between rents and monthly starter homeownership costs, which may still offer relatively affordable starter homeownership costs. Many of these metros are also attracting home shoppers from out-of-state, in turn driving up the overall cost of living. For first-time buyers prioritizing lower home prices, you may still find options in these areas, but make sure to account for higher costs of other expenses in your budget."