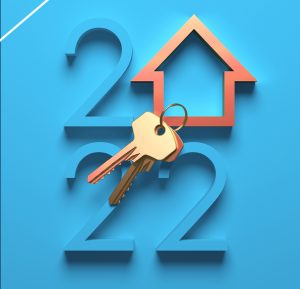 As inflation rises, more families and businesses are tightening their budgets and taking cost-cutting measures to create a little more breathing room—and according to the latest survey, this includes mortgage lenders.

Continuing a quarterly survey of mortgage executives that initially started in 2014, Fannie Mae has published its latest Mortgage Lender Sentiment Survey (MLSS) for the second quarter of 2022 finding that lenders are cutting costs as originations dry up due to general affordability and interest rate constraints.

This quarter's survey was completed by 210 senior lending executives in May 2022 representing 189 lending institutions.

So where are lenders making these cuts? The top three areas where cuts are being made were to back-office staff (71%), general and administrative expenses (66%), and loan officers (19%).

“In 2021, the mortgage industry experienced significant growth, as loan originations reached a record high. So far, 2022 has presented a number of new challenges for lenders to navigate, including continued significant home price appreciation, rapidly rising interest rates, persistent inflation, and a slowdown of global economic growth,” wrote Douglas Duncan, SVP and Chief Economist at Fannie Mae in a blog post. Consensus opinion among mortgage executive has both purchase and refinance origination activity declining meaningfully this year.”

This marks the first-time lenders have prioritized cost cutting measures since 2017.

“For the third consecutive year, a majority of respondents cited ‘online direct-to-consumer lenders’ as their biggest expected competitor over the next five years, with many pointing to what they believe to be those companies' advantages, including lower costs, streamlined mortgage processes, and advanced analytical and marketing capabilities,” Duncan continued. “Additionally, compared to last year, in 2022 lenders were more likely to view traditional banks as their top competitor. Many lenders commented that traditional banks have advantages in accessing capital, offering lower rates, and cultivating relationships with customers.

“Overall, mortgage lenders appear to be adapting their business priorities to meet what they believe are a new set of challenges. In an environment with weakened mortgage demand and rising rates, lenders told us that operational efficiency, strong customer relationships, and the ability to offer lower rates have become critical,” Duncan concluded. “Earlier in the year, some firms in the mortgage industry announced layoffs and mortgage business closures, as the sales of both existing homes and new homes fell.”

“Moreover, loan origination profitability has fallen substantially this year, as the average production cost per loan has risen to a new high. With costs increasing and origination volumes contracting, lenders' continued investment in business process streamlining will likely be critical to enhancing productivity in today's challenging, low-margin environment.”