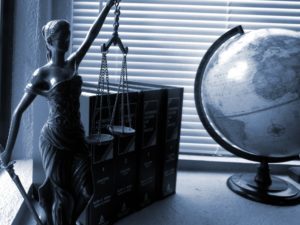 In 2017’s 5510 Sheridan Road Condominium Association v. U.S. Bank, 2017 IL App (1st) 160279), where payment was made approximately seven months after confirmation, the Sixth Division 1st District Appellate Court ruled that foreclosure sale purchasers are not subject to any payment deadline in order to confirm the extinguishment of a condominium association’s lien, stating that if the General Assembly had wished to include a strict deadline, they certainly would have done so.

In contrast, just months later, the Second Division of the same Appellate Court in Country Club Estates Condominium Assoc. v. Bayview Loan Servicing, LLC, 2017 IL App (1st) 162459, instead ruled that “prompt” payment was required. The court stated that to the extent 5510 Sheridan Road “may be read as imposing no timing deadline whatsoever on foreclosure buyers, we find that conclusion to be inconsistent with 1010 Lake Shore.” The court further implied that seven months may be too long, absent extenuating circumstances, but remanded to the lower court for a ruling on whether prompt payment had in fact occurred.

Seemingly in response, earlier this year the Sixth Division fired back with Quadrangle House Condominium Association v. U.S. Bank, N.A., 2018 IL App (1st) 171713, where payment was made approximately nine months after confirmation. In rejecting the notion that payment must be “prompt,” the court stated that 1010 Lake Shore “did not hold that prompt payment is a condition precedent” and that the “payment of post-purchase assessments, whenever made, is the step necessary” to confirm extinguishment.

On the heels of this ruling, this same Sixth Division issued another opinion, V&T Investment Corporation v. West Columbia Place Condominium Association, 2018 IL App (1st) 170436, where partial payment was made approximately four months after sale yet less than two months after confirmation. The court first confirmed that assessments were owed as of the first month following the sale, not the first month following confirmation of the sale. However, rather confusingly, the court then looked to whether the payment was “prompt,” citing to Country Club Estates to determine that payment was indeed prompt, as it was made shortly after the confirmation of the sale.

Taking full advantage of the apparent confusion in its neighboring division, the Second Division of Illinois’ 1st District Appellate Court responded in June of 2018 with U.S. Bank, N.A. v. Quadrangle House Condominium Association, 2018 IL App (1st) 171711. To muddy the waters even further, this new case involves virtually the same parties as Quadrangle House Condominium Association v. U.S. Bank, N.A., 2018 IL App (1st) 171713, decided by the Sixth Division earlier in 2018 on a separate unit—thereby creating two “Quadrangle” cases out of the same district, in the same year, with vastly different interpretations. Although the earlier Sixth Division’s Quadrangle held that promptness wasn’t even a requirement, the new Quadrangle by the Second Division specifically addressed the Sixth Division’s apparent change of tune in V&T Investment Corporation v. West Columbia Place Condominium Association before reasserting its position that promptness is, in fact, a necessity.

In its analysis, the new Quadrangle Court pointed out that sale confirmation occurred in the month following the foreclosure sale, with payments to the association beginning less than two months thereafter, concluding that payment under this factual situation was prompt. The court’s focus on the sale confirmation date, rather than merely the date of the sale itself, implies that it remains an important factor in determining promptness.

However, it seems clear that the only thing truly certain in this evolving area of law is that resolution is far from certain.

Previous: How the Fed’s MBS Holdings Stimulate Housing
Next: How Much Does it Cost to Keep a Home?