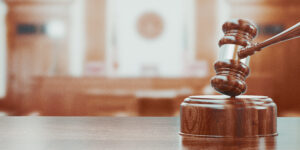 The Third District Court of Appeal (DCA) has affirmed the entry of a foreclosure judgment in favor of Bank of New York Mellon (the Bank) and against Neida and Jose Passariello (the Borrowers). The Court found an affidavit filed by Neida Passariello in opposition to the Bank’s summary judgment motion was insufficient to generate a genuine issue as to the Bank’s standing to foreclose. In Passariello v. Bank of New York, No. 3D21-1674, 2022 WL 2821566, at *1 (Fla. 3d DCA July 20, 2022), Passariello asserted in her affidavit that the Bank lacked standing to foreclose because the blank endorsement on the note was made “by a nationally known robo-signer … ” and therefore, the endorsement was invalid. This legal position has been utilized by defense counsel for many years, and historically the general allegation raises an issue of fact to prevent summary judgment. The trial court concluded the affidavit was insufficient to create a genuine issue and entered judgment for the Bank.

The Borrowers appealed the judgment to the Third DCA which reached the same conclusion as the trial court. The Court explained under Florida Rule of Civil Procedure 1.510(c)(4), affidavits opposing summary judgment must: (1) be based on the personal knowledge of the affiant, (2) include facts that would be admissible in evidence, and (3) demonstrate the affiant is competent to testify.

The Court concluded Passariello’s affidavit failed to satisfy these requirements and contained nothing more than conclusory speculation.

The Court elaborated that the fact an endorsement was found to be invalid on loan documents in one case has no bearing on the validity of an endorsement on loan documents in another case. The Court, quoting multiple cases, explained that conclusory affidavits based on “speculation, surmise and conjecture” were legally insufficient and could not prevent entry of summary judgment. This decision is a welcome addition to our summary judgment jurisprudence and will prove helpful in avoiding trials based solely on paper issues that lack evidentiary support.