The Ticking Clock of Mortgage Delinquency 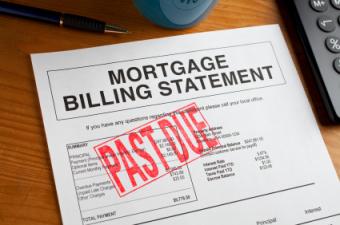 While total past due mortgage flashed improvement last month, serious delinquencies saw an uptick while prepayment activity bolted to a 16-year high, according to Black Knight.

In July, mortgage delinquencies trailed off 9% from June, with more than 340,000 fewer past dur mortgages compared to the month before.

Meantime, early-stage delinquencies—loans with a single-missed payment—trekked below levels preceding COVID-19. That implies a recession in initial inflow of new pandemic-related delinquencies. That said, there was a surge in of 376,000 in serious delinquencies, which are those past due by at least 90 days. Contrasted to the pre-pandemic levels, they’ve now bounced more than 1.8 million.

Because of widespread moratoriums, foreclosure levels remain muted. That said, starts ascended for the month while overall activity hasn’t budged from close to historic lows.

As low rates remain on course to fuel the volume of both refinance and purchase activity, for the month, there was a slight bump in prepayment activity, finding its high water monthly mark since early 2004.

Among a number of “first-look” at July month-end mortgagee statistics items from Black Knight:

Total U.S. loan delinquency rate, which are loans past due by at least 30 days, but not in foreclosure:   6.91%

Flashing back, 7.3% of mortgages were behind by at least 30 days in May, according to CoreLogic. Reverberations of the recession on loan performance were the culprit.

In the months preceding COVID-19, there were indications of sustained improvement in the performance of the U.S. mortgage. Meantime, the national unemployment rate mirrored a 50-year floor in February, while, overall, the delinquency rate absorbed a 27-month drop.