The Week Ahead: Will Unemployment Uptick Slow Forbearance Exits? 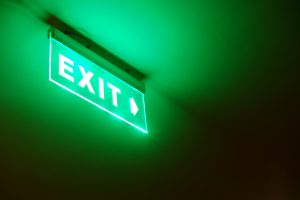 After a huge dip in forbearance volume two weeks ago, a 14-basis point drop in volume from 3.40% to 3.26%, the total number of loans in forbearance this week decreased by just one basis point from 3.26% of servicers' portfolio volume to 3.25%.

"The share of loans in forbearance was little changed, as both new requests and exits were at a slower pace compared to the prior week. In fact, exits were at their slowest pace in over a year," said Mike Fratantoni, MBA's SVP and Chief Economist. "There were more new forbearance requests and re-entries for portfolio and PLS loans, leading to a 10-basis-point increase in their share. Portfolio and PLS loans now account for almost 50% of all depository servicer loans in forbearance, and almost 40% of IMB servicer loans in forbearance, which highlights the importance of this investor category."

According to the Bureau of Labor Statistics (BLS), total non-farm payroll employment rose by 943,000 in July, with the unemployment rate declining 0.5 percentage points to 5.4%, with notable job gains seen in leisure and hospitality, in local government education, and in professional and business services.

However, the latest from the U.S. Department of Labor this week has found that for the week ending August 21, the advance figure for seasonally adjusted initial unemployment claims was 353,000, an increase of 4,000 from the previous week's revised level. The four-week moving average was 366,500, a decrease of 11,500 from the previous week's revised average, marking the lowest level for this average since March 14, 2020 when it was 225,500.

More filing for unemployment may force an uptick in forbearance re-entries and a slowdown in exits as an estimated 1.6 million homeowners remain in forbearance plans nationwide, according to the MBA.