Home / Daily Dose / Op-Ed: ‘Inclusive and Accessible’ Homeownership for Everyone

Op-Ed: ‘Inclusive and Accessible’ Homeownership for Everyone 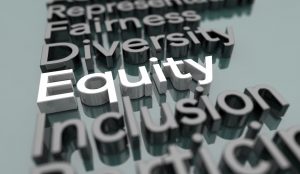 Representatives Jim Himes (D-Conn.) and Gwen Moore (D-Wisc.) recently penned an open letter for Newsweek on how to make home ownership “inclusive and accessible for every American.”

But today, as rent, housing costs, and mortgage rates soar, Americans are facing more barriers than ever to accessing quality affordable housing.

According to the authors, at the same time rent is taking up more of renters paychecks than ever before, and for many of the people stuck in the cycle of renting, homeownership is becoming a distant dream.

An inaccessible housing market should not be a surprise at this point, the authors said, it’s now a reality. More-and-more live on a financial razor blade, facing financial ruin at every turn, and have never had a fair chance at the market. But understanding that many are still fighting a “legacy of historic inequities and discriminatory policies” will help foster a future in which affordable, quality housing is a possibility for everyone.

Since President Franklin D. Roosevelt created the Federal Housing Administration out of the Great Depression, the federal government has promoted fair access to the housing market by providing mortgages and credit for people to make improvements or home purchases. This was followed by a new G.I. Bill benefit in 1944 guaranteeing servicemen access to low-interest home loans after the war. But still, racial disparities flourished.

“The FHA refused to insure mortgages in predominantly Black neighborhoods and often restricted sales to whites only,” the pair of authors wrote. “Another New Deal-era corporation, the Home Owners' Loan Corporation, engaged in a practice known as "redlining" when it drew maps for over 200 American cities to rate the perceived riskiness of lending across neighborhoods, scoring certain racial, ethnic, and immigrant compositions as negative attributes.”

“Black American families were often shut out by banks unwilling to lend in neighborhoods considered "risky." In Milwaukee, these practices segregated Black residents, forcing them to live in lower-quality housing in neighborhoods lacking essential services like grocery stores and financial firms.”

To fix some of this damage, President Lyndon B. Johnson Signed the Civil Rights Act of 1968 which included a provision known as the Fair Housing Act, which aimed to eliminate “redlining” of minorities by guaranteeing fair access to housing with no limitations on race or national origin.

This act could only go so far, so it did not fully dispel the consequences of discrimination and segregation, which linger—even today—as black homeowners still receive lower home appraisals and higher mortgage rates.

Recently the two committees the authors represent took a tour through Milwaukee, Wisconsin with local leaders, which has been called one of the most racially segregated cities in the country due to generations of “redlining” and “blockbusting” while also having one of the lowest Black homeownership rates in the nation.

“Despite the dark historical context, we found bright spots of renewal, revitalization, and community pride,” the authors said. “We visited Bronzeville, a Black community that helped give Milwaukee its nickname as the Harlem of the Midwest. Bronzeville was broken up by highway construction and eminent domain in the 1960s. But the largest blow came from aggressive policies of urban renewal, which devastated Black residents. As Bronzeville was inching towards resurgence, the 2008 recession brought it to its knees, with banks and businesses closing in droves.”

Today, that area is experiencing a modern renewal as deindustrialized areas spring back to life with new businesses, storefronts, and affordable housing taking root in the area.

Such projects rely on initiatives like the Low-Income Housing Tax Credit (LIHTC) program. LIHTC lets state and local agencies issue tax credits for building affordable housing for individuals and families. Milwaukee and other communities have used it to leverage public and private funding for new projects.

Another major point the authors focused on is disparities in Black homeownership rates compared to white families (43% to 72%) and that a way to do that is by extending more credit and expanding down payment assistance programs. Matched savings programs and advanceable tax credits for low-income first-time homebuyers can help close the Black homeownership gap across the country. Housing counseling services can also help homeowners maintain stable housing situations, reducing the likelihood of foreclosures and delinquency.

“Ending the housing affordability crisis and closing the homeownership gap does not have to be a distant dream,” the authors concluded. “We have the resources and perspective to make access to affordable, safe housing a reality for all Americans. Every member of Congress should support these efforts. Housing isn't just a roof over your head. It's a source of dignity, community, and the ability to prosper.”

Click here to see the opinion article in its entirety.