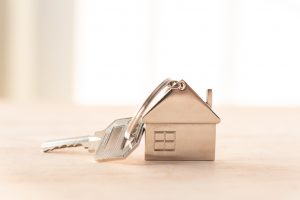 According to National Association of Realtors (NAR) Chief Economist Lawrence Yun, the housing market is experiencing 15-year highs which will continue through the end of 2021, but will taper off through 2022.

"All markets are seeing strong conditions and home sales are the best they have been in 15 years,” Yun said at NAR’s 2021 Conference & Expo in San Diego. "The housing sector's success will continue, but I don't expect next year's performance to exceed this year's."

Redfin recently reported that 30.2% of its users looked to move to a different metropolitan area in Q3 because of remote employment situations. The number of people looking to move to another metropolitan area has fallen for the last two quarters—from 31.5% at the start of the year to 31.1% in Q2—which has coincided with the annual seasonal cooling the market typically sees this time of year.

"We are only in the first innings of work-from-home options," Yun said. "People have not fully digested the work-from-home-flexibility model yet in determining home size and locational choice."

Yun noted that there may be a decline in sales in 2022, but he still forecasts home sales will outperform pre-pandemic levels. His prediction, he noted, is based on an anticipation of more inventory in the coming months.

While inventory is current at low levels nationwide, new home construction is on the rise, after a lengthy delay due to supply chain issues. Also factoring into the increase in inventory is the expiration of forbearance plans for many, as some homeowners will be forced to sell their homes.

New data released last week from Black Knight has found that the number of loans in active forbearance fell by 123,000 or 10.8%, and as of November 9, 1.01 million mortgage holders remain in pandemic-related forbearance plans, representing 1.9% of all active mortgages.

"With more housing inventory to hit the market, the intense multiple offers will start to ease," Yun said. "Home prices will continue to rise, but at a slower pace."

In terms of mortgage rates, Yun projected that rates would see an increase of 3.7% in the coming months, an increase he attributes to a rise in inflation. Home prices rose by 12% on average in 2020 and 2021, while inflation rose 3%.

Realtor.com recently reported that rent prices over the month of October have not just recovered but are making up for lost time—in the 50 largest metros. They reported that the median rent was $1,654, up 13.6% year-over-year, amounting to an additional $198 per month for renters.

Another casualty of the pandemic was the employment sector, however bright spots have emerged the nation emerged from lockdown, 18 million jobs have been created. The unemployment rate at 4.6% implies the U.S. economy should be back to normal, however, the country is still facing an employment shortage, he clarified. There are approximately four million fewer jobs now than the number of jobs prior to the arrival of COVID-19.