Home / Daily Dose / Single-Family Home Inventory Up YoY in May 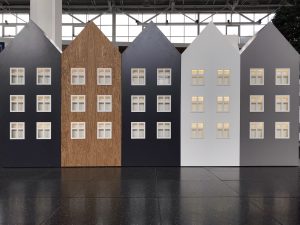 “Today’s report from the Census Bureau showed that new home sales rebounded by 10.7% in May to a seasonally adjusted annualized rate (SAAR) of 696,000 units,” said Doug Duncan, Chief Economist at Fannie Mae. “The previously reported large decline of 16.6% in April was also revised upward to a smaller drop of 12%. We had suspected that the previously reported April plunge overstated the pace of slowing home sales, in part due to homebuilders and prospective buyers not yet adjusting to rapidly rising mortgage rates. Therefore, we expected a partial rebound to occur in May. While the data can be volatile, the average and median home sales prices for the month declined in May compared to April and decelerated meaningfully on an annual basis.”

One of the biggest telling stats released by HUD and the Census Bureau was regarding the nation’s housing supply, as the seasonally‐adjusted estimate of new houses for sale at the end of May was 444,000, representing a nationwide supply of 7.7 months at the current sales rate. However, continued supply chain issues impact home builders and the speed at which they are completing their projects.

“New single-family home inventory fell slightly to a 7.7 months’ supply, up 34.5% over last year, with 444,000 available for sale,” said First American Deputy Chief Economist Odeta Kushi. “However, just 37,000 of those are completed and ready to occupy. By stage of construction, the share of completed homes/ready to occupy inventory in May was 8.3%, down from 9.7% one year ago, while the share of new-home inventory that is under construction increased from 63% to 65.8%. The share of completed homes sold was 27.3%, up from 24.2% one year ago, but still low compared with pre-pandemic levels. The share of homes 'not started' sold declined compared with one year ago.”

Duncan added, “Homebuilders continued to report elevated margins in the first quarter and still have good amount of inventory available to sell. The total amount of homes for sale at the end of the month moved up to a 14-year high. Going forward, we expect homebuilders to be willing to offer more incentives and discounts to support sales in a rising mortgage rate environment. We also expect the near-term sales pace to remain at a solid level but, nonetheless, to trend downward in coming quarters as higher mortgage rates weigh on affordability.”

As Americans struggle with inflation, affordability concerns linger, as many are still being shut out of housing opportunities due to record high prices. The median sales price of new houses sold in May 2022 hit $449,000, with an average sales price of $511,400, according to HUD and the Census Bureau.

“As Americans see the size of their paychecks shrink with each passing month, affordable housing choices also wither, leading to difficult choices,” noted George Ratiu, Senior Economist & Manager of Economic Research for Realtor.com. “In this environment, a new home purchase is likely most achievable for trade-up buyers who can leverage record-high equity, or investors. Sales of entry-level homes—priced below $300,000—accounted for less than 10% of total sales, compared with 38% in 2020. On the upside, lower materials prices should give homebuilders more room to revisit pricing strategies. The price of lumber continues to retreat toward pre-pandemic levels, dropping under $600 per thousand board feet this week.”

For the consecutive week, there was a rise in overall mortgage application volume, as the Mortgage Bankers Association (MBA) reported a 4.2% week-over-week rise in volume. This rise comes as mortgage rates edge closer to the 6% mark, this week coming in at an average of 5.81%, a 14-year high as recorded by Freddie Mac.

“Affordability is a growing challenge as higher new-home prices and rising mortgage rates are pricing out some buyers,” said Kushi. “One year ago, 23% of new-home sales were priced below $300,000. In May of this year, only 9% of new home sales were priced below $300,000. While the nation continues to face a housing shortage, new-home sales may slow as worsening affordability and higher construction costs take a toll on the new-home market.”