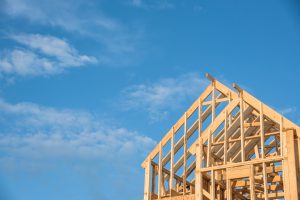 The U.S. Census Bureau and the U.S. Department of Housing and Urban Development have released their new residential construction statistics for November 2021, which found that privately‐owned housing starts in November hit 1,679,000, 11.8% above the revised October estimate of 1,502,000. This was 8.3% above November 2020’s housing starts rate of 1,551,000.

“Demand for new home construction remains robust, as the supply of existing homes for sale remains historically tight and mortgage rates continue to be highly supportive for homebuyers despite drifting upwards recently,” said Doug Duncan, Fannie Mae Chief Economist. “However, supply bottlenecks and labor scarcity continue to hold back a faster pace of construction. Despite the rise in starts, single-family home completions were essentially unchanged over the month, while the number of units under construction rose by 2.9% to the highest level since early 2007. Eventually these homes will add to the overall housing supply, but today’s report showed little evidence of improvement regarding homebuilders’ ongoing struggle to keep up with demand.”

Authorizations of building permits for units in buildings with five units or more were at a rate of 560,000 in November.

“New construction activity continued at a solid pace in November, reflecting rising homebuilder sentiment,” said George Ratiu, Manager of Economic Research at Realtor.com. “The NAHB Market Index rose in both November and December, as builders reported higher sales expectations and a more positive outlook over the next six months. The upbeat view of new construction companies spotlights a landscape with favorable mortgage rates and a large demographic cohort embracing homeownership.”

Impacting all types of new construction, the price of supplies is once again on the rise, as lumber prices have risen to $1,100 per thousand board feet since the summer low of $400, compounded by a continued shortage of skilled home building labor. Reuters notes that softwood lumber prices have doubled since mid-November after road and rail links across British Columbia, which accounts for nearly 16% of North America’s lumber supply, were impacted by record-breaking rainfall.

“With higher construction costs, the sale price of a new home is up about 18% since last year,” noted Ratiu.

Duncan added, “More recently too, lumber prices are surging again, jumping around 80% over the last month as measured by futures contracts, after easing for much of the year. This suggests ongoing cost pressures are far from abating, and that the degree at which starts can continue to increase in the near term is limited.”

In terms of construction employment, open construction jobs rose to 410,000 unfilled positions in October, the highest measure in the history of the Job Openings and Labor Turnover Survey data from the Bureau of Labor Statistics (BLS).

Previous: 2022 Housing Market Forecast: Where Are the ‘Hidden Gems’?
Next: Elevated Demand for Vacation Homes and Investment Properties