Home / Daily Dose / Kraninger: “The Bureau Is Stronger at This Time”

Kraninger: “The Bureau Is Stronger at This Time” 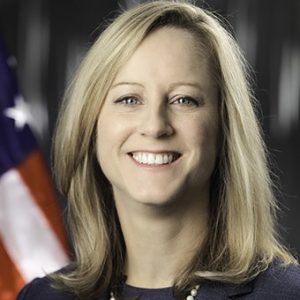 While the first panel of this two-panel hearing included testimony by Kathy Kraninger, Director of the Consumer Financial Protection Bureau (CFPB), the second panel focused on a discussion on the draft of legislation titled Consumers First Act that was introduced by Chairwoman Maxine Waters and co-sponsored by 28 members of the committee.

In her opening statement during the hearing, Chairwoman Maxine Waters highlighted the committee’s concerns with the CFPB. She said that the committee expected “ Kathy Kraninger to answer for Mick Mulvaney” and that the current administration at the CFPB  had “stripped the office of its ability to enforce fair lending, giving lenders a free pass to abuse servicemembers.”

She questioned Kraninger, about the agency’s commitment to addressing these concerns. “The Committee does not believe Kraninger is doing enough to foster transparency and accountability or to change issues raised during her predecessor, Mick Mulvaney’s 13-month tenure,” Waters said.
Some of the key questions asked of Kraninger by the committee during the hearing focused on consumer complaints, supervision and enforcement of the bureau staff, fair lending enforcement, staff diversity, and spending.

On being asked how her relations with the White House influenced her decisions at the bureau, Kraninger maintained her decisions were not influenced and nor had the administration attempted to influence the CFPB. During her recent three month tour, Kraninger said that she had spoken with lenders and consumers “on the ground” and had a strong argument in defense of her initiatives and the Bureau’s ability to protect consumers, stating, “the Bureau is stronger at this time, not weaker” and that it was on the right track. Kraninger defended claims that sufficient efforts were not being made to police predatory lending.

During the second panel, Waters said that her legislation, the Consumers First Act, would direct the new CFPB leadership to reverse all “anti-consumer actions” taken under Mulvaney’s leadership, including by resuming the previously authorized supervision of financial firms for Military Lending Act compliance; restoring the supervisory and enforcement powers of the Office of Fair Lending and Equal Opportunity; reestablishing a dedicated student loan office; requiring adequate agency staffing, including for supervision and enforcement; limiting the number of political appointees the CFPB may hire to address allegations that they suppressed the work of dedicated, professional staff; and reinstating the Consumer Advisory Board that was “effectively terminated by Mr. Mulvaney with protections to ensure consumer voices are well represented, and that diversity and inclusion is promoted on the agency’s advisory boards.”

See a video of the hearing here.