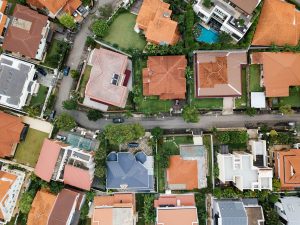 Urban Institute President Sarah Rosen Wartell this month hosted the latest installment in Urban’s conversation series, “Evidence to Action.” During the virtual event, Julián Castro, former Secretary of the US Department of Housing and Urban Development (HUD) during the Obama administration, discussed how the new administration can fulfill its obligations under the Fair Housing Act and close equity gaps in housing.

Following the discussion with Secretary Castro, Solomon Greene, Senior Fellow at the Urban Institute, Gustavo Velasquez, Director of the California Department of Housing and Community Development, and Lisa Rice, President, and CEO of the National Fair Housing Alliance, joined Wartell to address what states will need from the federal government to advance fair, equitable housing and discuss the most impactful actions the Biden administration could take. Wartell kicked off the broadcast by noting the “most extraordinary response to registrations for this event” for a late Friday afternoon discussion, a testament to the strength of the panel and topic.

She noted that President Biden’s day-one executive order indicates the administration will take an all-of-government approach when considering equity implications in all aspects of policy choice and that the federal government will work closely with states to fulfill its obligations under the fair housing act.

When asked his thoughts on President Biden’s day-one commitment, the Secretary said he was glad to see it, and that it sends a strong message to the agencies who will carry out this work. He stated it will be necessary to “connect the dots of these policies. People don’t live their lives in silos, it's about fair housing.” He added this also is about connecting to other opportunities that will break down the barriers of discrimination. Castro further remarked that the idea of a public credit reporting agency outlined during the Biden campaign would potentially help all homeowners, especially those of color, gain better access to capital.

The conversation then shifted to the Presidential memorandum that acknowledged past federal housing policies’ contribution to segregation and the denial of opportunities in disadvantaged communities, particularly in Black and Brown neighborhoods. “You can’t fix a problem until you acknowledge it,” said the Secretary. Noting the previous administration sought to change the mission statement of HUD, Castro says this is the true history of how policies have created disadvantage: acknowledgment and working to overcome it.

Greene pointed out that while it’s disturbing to accept the government had a role in contributing to segregation, they will have a role in correcting it. Greene also noted “there is a growing body of research that shows how segregation hurts everyone. It hurts the families that are locked out of neighborhoods rich in opportunity, it drags down our economy, and poses grave health risks.” He also added more segregated areas experience higher rates of homicide, lower earnings, and lower property values.

Rice says the only way President Biden can deliver on his campaign promise to address housing and racial inequities is to immediately fix the problems with the disparate impact rule and reinstate AFFH to the 2015 rule change under the previous administration.

“We can use AI and machine learning to really bring the force of technology to bear to help identify where there are barriers to lending and housing opportunities, and then fix them.” Rice says public housing authorities and stakeholders for decades have been asking for technological training and support as it relates to implementing AFFH.

Velasquez echoed that reinstatement of the AFFH to the 2015 rule is critical. He further explained how the state of California at state and local levels anchor AFFH work in law AB686. Passed in 2018, it was in response to the federal policy of no longer enforcing the 2015 rule. Velasquez says more affordable housing can be achieved with higher density zoning in the right areas without exacerbating segregation. “The city of Sacramento, for example, is a good example. The capital of our state saw the need to take significant action and they recently eliminated in essence single-family zoning and we are starting to see a trend here that other cities may follow soon.”

To round out the discussion, each panelist was asked about their hopes for the next four years. All agreed that working across the silos mentioned by Secretary Castro and resetting the AFFH to the 2015 rule are priorities they would like to see come to fruition.

Hear the entire conversation below or at Urban.org.