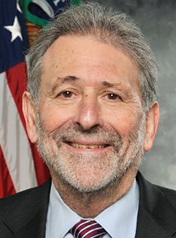 Michael Stegman, who currently serves as the National Economic Council (NEC)’s top housing adviser at the White House, is stepping down from that position, a Treasury spokesperson confirmed to DS News on Friday.

Stegman joined the NEC in May 2015 after four years as the Counselor to the Secretary of the U.S. Department of Treasury for Housing Finance Policy. During his four years with Treasury, He played a key role coordinating Treasury's activities relating to the development of housing finance policy. Two areas in which his efforts were concentrated where expanding credit access for mortgages and GSE reform.

Analysts predicted back in May when Stegman joined the NEC that his joining the Council made it unlikely that that there would be any major housing policy changes in the Obama Administration's final 19 months. The predictions were right, so far—in Stegman’s 10 months with the NEC, there have been no such changes, and the GSEs remain in conservatorship after seven and a half years. Not only that, but Treasury Secretary Jack Lew and his Counselor, Antonio Weiss, publicly stated late last year that there will be no GSE reform during the Obama Administration.

Before joining Treasury, Stegman was the MacRae Professor of Public Policy, Planning, and Business at the University of North Carolina at Chapel Hill and the Chairman of the Department at Public Policy and founding director of the Center for Community Capitalism. He has a BA from Brooklyn College, City University of New York, and both a Masters and PhD in city planning from the University of Pennsylvania.