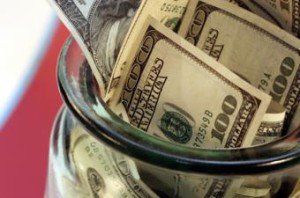 Atlanta-based servicer Ocwen Financial Corporation on Tuesday released the details of its earnings for Q1 2018, reporting a net income of $2.6 million for the three months ended March 31, 2018. This is up considerably over Ocwen’s Q1 2017 net loss of $32.6 million—a gain of $35.2 million.

“The first quarter of 2018 was an important one for Ocwen, and we accomplished a great deal,” said Ron Faris, President and CEO of Ocwen. “In addition to starting out the year with a $2.6 million profit, we received $280 million in cash from New Residential, we announced an agreement to acquire PHH Corporation, and we helped almost 11,600 struggling families remain in their homes through loan modifications that included $59 million of debt forgiveness.”

Ocwen also reported a decrease in loan delinquencies from 9.3 percent as of December 31, 2017, to 9.0 percent as of March 31, 2018. Ocwen said this decrease was “primarily driven by loss mitigation efforts.”

“Just as importantly, we continued to make progress on the regulatory front,” Faris continued. “We began the process of deploying our excess liquidity, we largely completed the liquidation of Automotive Capital Services, and we saw our GAAP stockholders’ equity increase by $85 million to $630 million, or $4.73 per share during the quarter. We are also making steady progress towards closing our acquisition of PHH, which we expect to occur in the second half of the year.”

Previous: Will Tax Reform Drive Migration in Years to Come?
Next: Fed Weighs in on Interest Rates, Inflation