Counsel’s Corner: Recent Laws and Their Effect on Servicing 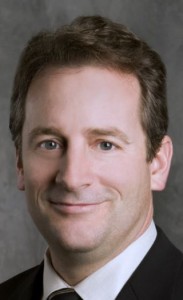 Douglas A. Oliver joined Anselmo Lindberg Oliver in 2005 as associate counsel and was later appointed managing attorney of the litigation practice group. Most recently, in July 2013, Oliver was named partner with ALO. He practices in the areas of mortgage foreclosure, collections, and real estate law. An experienced trial lawyer, Oliver focuses mainly on contested foreclosure and collection matters. Oliver is based in the Chicago area, and ALO handles clients in Illinois, Indiana, Ohio, Kentucky, and Michigan. Oliver recently spoke with DS News about two issues that he sees as symptoms of the “general negative view” that the political class and the general public have toward the mortgage servicing industry.

What laws are currently having the greatest effect on the servicing space in your area?

There are two issues in Illinois that are really lead issues right now. One of them is kind of a sleeper issue and the other one is getting to be well-known, but it's a difficult and somewhat intractable problem.

The first one, and lesser-known issue among servicer clients, is the Keep Chicago Renting Ordinance (KCRO). The ordinance requires lenders, after a property reaches REO, to attempt to determine whether tenants occupy a property. And if they do, to honor certain notice requirements and offer certain communications to those tenants. What it boils down to is the lender can break the lease, but in order to do it, they have to pay $10,600 in relocation assistance. Otherwise, they have to honor the lease and not raise the rent more than 2 percent per year. The lease doesn't have to be written, the tenant doesn't have any obligation to communicate with the lender, the lender has an obligation to reach out, but the tenant or occupant doesn't have any obligation to cooperate, and there is heavy liability associated with the failure to meet any provisions of the ordinance. The damages are statutory and it's double the $10,600 in relocation assistance, plus attorney fees. I think that the part that servicing clients don't see as much is, they understand there is a requirement, but they don't understand how heavy the penalty can be if they make the slightest mistake.

The other issue is condo association fees. It's very similar to what FHFA is experiencing with super priority lien issues. In Illinois, there is a recent case that says lenders have to pay the first assessment that comes due after sale in order to confirm that a pre-foreclosure lien for assessments is wiped out. In other words, if you don't start paying your dues after the sale occurs, then the old lien stays. What is happening is, this has drastically emboldened condo associations. They are now taking the position that if you don't pay by the first of the month following the sale, then the lien can never be wiped out, and they won't cooperate in giving you that information. So they'll create the problem and then claim that you owe tens of thousands of dollars and very often accompany that with a ridiculous attorney fee demand as well.

This is the first legislative session in several years where there hasn't been some crazy all-encompassing “Let's just stop foreclosures” piece of legislation pending. Things seem to have quieted down in the Illinois legislature.

How do you think the condo association fee issue will affect the servicing landscape? Does it have potential to negatively affect things, or are there any positives to it?

I don't think there really are any positives to it. Illinois is famous for opinions that create more issues than they resolve, and this is an example where that's happening. So unfortunately what we have is a certain degree of chaos regarding the lender's obligation. The nature of their obligation to condo associations is unclear, and therefore nobody really knows. That lack of clarity is a cost. It gets expressed in the form of lenders having to litigate when they don't want to, it results in them not being able to moot properties without paying excessive demands to condo associations, and it just overall slows the flow of REO property transactions.

The effect that the KCRO has is, you basically have a cottage industry of attorneys who are looking for a way to score points, make money, and make themselves well-known at the expense of the servicing industry. It's just one more burden that is being presented. The overall impact on the industry is that those issues simply raise the cost of doing business in individual cases by many thousands of dollars at a time when the lender has already taken a substantial loss. It's a further symptom, one of many that we see around the country, that reflects a negative general view of the servicing industry. I think the general public, the courts, the legislature, and the political structure that's out there views our industry as odious, and therefore we “deserve it.” That's how these things happen.