Home / Daily Dose / The Millennial Dream Home Looks Like This 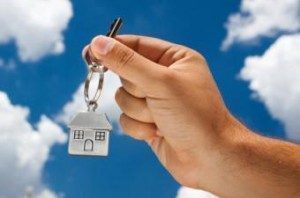 Homeownership may be broadly referred to as the American Dream, but just what does that dream look for the people searching for it? Northshore Fireplace surveyed 2,000 Americans to find out what they dream of in the perfect home.

“Comfortable,” “cozy,” and “spacious” were the three words survey respondents used most to describe their dream home. A majority—60 percent—prefer new construction. People prioritized “a view with peace and quiet,” as well as land and privacy, but beyond that, preferences varied by generation.

Twenty percent of millennials are anxious at the thought of homeownership, which Northshore Fireplace attributes to their coming of age during the Great Recession.

“Millennials came of age during the recession of 2008 and found an employment scarcity when they graduated college,” Northshore Fireplace stated with the release of its survey results. “Growing up with financial instability as the norm has an effect on future purchases, such as a 30-year mortgage.”

However, about 60 percent plan to take the leap into homeownership sometime in the next five years, according to Northshore Fireplace.

Millennials prefer a modern style home situated in the suburbs. Baby boomers would opt for a ranch with traditional style on the beach. Gen Xers had an ambiguous style preference: modern exterior with traditional interior. Their dream homes are in the country.

The average dream home is 2,195 square feet and has 7.5 rooms, although millennials prefer about 5.67 rooms.

Millennials tend to have expensive taste. While the average list price for home fitting the “dream home” criteria is $1.3 million, the average price for a millennial dream home is $1.5 million.

While good schools and nearby entertainment are often listed on home descriptions, these characteristics were not top priorities for survey respondents’ “dream homes.” Fifteen percent said the quality of schools in the district was important, and 11 percent said having entertainment and nightlife in close proximity was important. Northshore Fireplace noted that having entertainment and nightlife is often a consideration for city living. Perhaps because more “dream homes” are in the suburbs, this factor was less of a consideration.

However, 75 percent of respondents said owning a home at all is “a lifestyle choice, not a necessity or a requirement to a ‘good life.’”