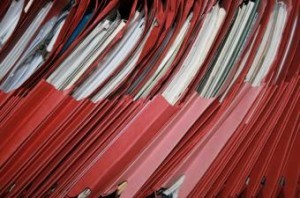 The calls for housing finance reform have come from just about everywhere—the left, the right, and every type of organization. Now a council created out of the Dodd-Frank Act acknowledged in its annual report that change is necessary to create a more sustainable housing finance system.

The Financial Stability Oversight Council (FSOC), which was established by the controversial Dodd-Frank Wall Street Reform Act, has itself generated no small amount of controversy by designating certain non-bank entities as systemically important (see MetLife). In its annual report released this week, the FSOC noted that several improvements have occurred in the domestic housing market, including home price appreciation, declining negative equity, post-crisis regulatory reforms implemented, credit risk transfers on 90 percent of the GSEs’ 30-year fixed-rate mortgage acquisitions, completing rules that more clearly define risk retention rules for mortgage securitizations, refining the representations and warranties framework governing lender repurchases of defective loans, the reduction of GSE portfolios, and progress toward the Common Securitization Platform (CSP) and a single agency mortgage-backed security. The FSOC recommended that the GSEs take steps in order to increase the role of private capital in the industry.

At the same time, the FSOC pointed out that the GSEs are in their eighth year of conservatorship, “notwithstanding their above progress,” something that was intended to be temporary.

“The Council acknowledges that, under existing regulatory authorities, federal and state regulators are approaching the limits of their ability to enact reforms that foster a vibrant, resilient housing finance system,” the FSOC stated in its report. “The Council therefore reaffirms its view that housing finance reform legislation is needed to create a more sustainable system.”

The Council noted that regulators and supervisors have “taken great strides to work within the constraints of conservatorship” to promote more investment of private capital and to improve operational efficiencies with lower costs, but at the same time, “Housing finance reform legislation is needed to create a more sustainable system that enhances financial stability.”

Click here to view the FSOC’s annual report to congress.