Freddie Mac’s Income Swings Back Up 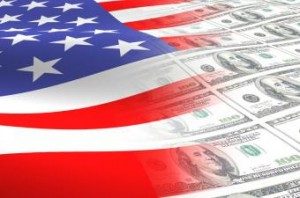 Freddie Mac recorded a net income of nearly $1 billion for the second quarter of 2016, according to the GSE’s Q2 earnings report released on Tuesday. Depending on what that number is compared to, it’s either a significant gain or a sign of further financial trouble for the GSE.

Freddie Mac’s Q2 net income of $993 million—most of which will send to the U.S. Treasury‒‒is a major recovery from its Q1 net loss of $354 million, as is its reported $1.1 billion comprehensive income for Q2, a $1.3 billion upswing from its comprehensive loss of $200 million in Q1.

Compared to a year earlier, however, Freddie Mac’s quarterly profit declined due to lower interest rates and losses from derivatives. A year ago, the GSE posted a profit of $4.17 billion. But Q2’s biggest number is an increase in net income of $1.3 billion from Q1.

“The company’s second quarter 2016 results were significantly less affected by market-related items than results for the first quarter of 2016,” the report stated. Those items included the net interest rate effect of $400 million estimated fair value loss in Q2 (compared to a $1.4 billion in Q1) and $2 billion in derivatives losses, compared to $4.1 billion.

“We had both solid business and financial results this quarter, reflecting further improvement in our competitiveness and capabilities, highlighted by strong new guarantee business volumes,” said Freddie CEO Donald Layton. “We also further reduced taxpayer risk through both the efficient disposition of legacy assets and our credit risk transfer transactions, which achieved a major milestone in having now cumulatively transferred a significant portion of credit risk on over $650 billion of single-family and multifamily loans.”

Still, Freddie Mac's capital buffer, which is currently at $1.2 billion, is required by law to be reduced to zero by January 1, 2018. That combined with significant net losses for Freddie Mac in Q3 2015 and Q1 2015 (each more than $350 million) has many stakeholders concerned about Freddie Mac needing another taxpayer-funded bailout; FHFA Director Mel Watt, conservator of both Fannie Mae and Freddie Mac, expressed concerns in a speech back in February about the GSEs' dwindling capital buffer.

Laurie Goodman, co-director of the Urban Institute's Housing Finance Policy Center (HFPC), said in June, “As capital continues to go down it makes it more likely that they end up with a draw.” Throughout 2016, Urban Institute's HFPC has published a series of white papers written by housing policy experts on both sides of the political aisle proposing different methods of GSE reform.

“That's getting back to the high side of their historical average,” said Rood, a former Fannie Mae executive. “When you consider all of the revenue stripping activities imposed on them and on their sibling, Fannie Mae, plus the added burdens of implementing and monitoring government loss mitigation and foreclosure prevention activities, it's a remarkable feat that the GSEs remain so profitable.”