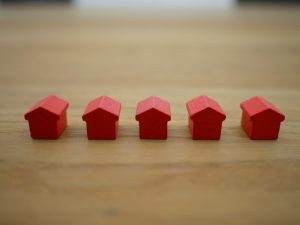 Even after many months of housing-related policy intervention, including eviction and foreclosure bans at both state and federal levels, people and neighborhoods of color continue to suffer disproportionately from COVID-19 fallout—this is backed by a report from Urban Institute research associate Steve Brown.

Brown refers to a Wall Street Journal article that reveals the nation's recovery is not "V-Shaped," as we keep hearing, but rather "K Shaped," meaning that affluent households have fully recovered, while lower-income (and often ethnically diverse) groups are still struggling. The Washington Post calls the COVID-19 recession "the most unequal in American history," he added. In July, the Urban Institute initiated its tool to track COVID-19's effects by race and ethnicity, based on disaggregated Census data. This week, said Brown, the Institute added a new tool, Phase Two.  The conclusion the Institute reached after mining the data was that, eight months into the U.S.'s COVID-19 crisis, the economy has begun to recover and some people have returned to work. "But that recovery has not been felt equally; communities of color—Black and Latinx communities especially—continue to bear the brunt of the pandemic’s effects. With new COVID-19 cases rising nationwide, the halting progress of economic recovery could recede as Americans’ health remains in jeopardy."

Brown determined that the following indicators most reveal the stark contrasts in COVID-related hardships:

What can be done to combat the disparity and help improve the lives of all American households? The Urban Institute contends that policy could help alleviate some problems. Brown cites stimulus packages that Congress is considering, though he concedes a stimulus bill is not likely to pass prior to the election.

"After the election, policymakers should work quickly to provide additional relief to prevent the damage of the past few months from solidifying into a more permanent social and economic devastation," Brown wrote, "and they should do more to explicitly address the challenges facing people of color."

2020-10-27
Christina Hughes Babb
Previous: Fintech Vs. Traditional Lending Risks
Next: Why Are Americans Putting Off Selling Their Homes?