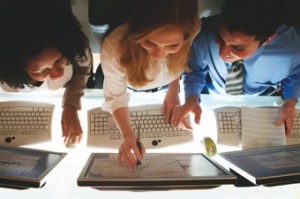 headquartered in Torrance, California, has announced the completion of the start to finish eClosing using its Total eClose solution system in Massachusetts.

DocMagic was selected as one of 12 participants in the Consumer Financial Protection Bureau’s eClosing pilot project in 2014, which helped explore the benefits of digital mortgage technology. After the pilot was deemed a success, DocMagic continued to further develop and perfect its eClosing solution.

Dominic Iannitti, President and CEO of DocMagic, discussed the process of digital closings and what they mean for the mortgage industry. “There are a few mortgage technology vendors that have been working to deliver an eClosing for some time now, but they have all fallen short in various ways,” he said. “Most of these solutions are merely hybrids that require certain documents to be executed on paper and often force lenders to maintain numerous complex integrations. With Total eClose, however, you work with a single vendor, on a single platform, and clients need to only access DocMagic or the company’s SmartCLOSE system to seamlessly and compliantly fulfill paperless closing.”