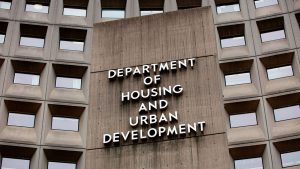 The U.S. Department of Housing & Urban Development (HUD) Office of Policy Development & Research (PD&R) recently held its quarterly meeting to discuss the issues around institutional investors and their impact on housing markets nationwide.

The virtual event “Institutional Investors in Housing,” featured a panel of experts sharing research and data, highlighting what communities have done to preserve affordable housing nationwide.

“Institutional investors have access to resources that make them impossible to compete with. This is especially true for minority first-time homebuyers, who already face institutional barriers,” said HUD Secretary Marcia L. Fudge. “HUD has taken steps to ensure that our defaulted assets will land in the hands of non-profits or individual owners, but this is a much bigger problem that will take everyone coming together to figure out how to sustain housing that people can afford.”

Since the start of the pandemic, the housing market has witnessed an increase in activity by large investors who often oversee more than 1,000 properties in their portfolio. According to HUD, this activity has produced a strain on the already limited prospects of first-time homebuyers, and has deepened the gaps in racial wealthy and homeownership.

“This PD&R Quarterly will profile the impact of institutional investors in the housing market and provide examples of how various levels of governments, along with nonprofits, can drive housing supply to owner-occupants and mission-driven entities,” said Solomon Greene, PD&R's Principal Deputy Assistant Secretary.

Speakers on hand for the event sharing their insight included:

Brundage previously served as General Deputy Assistant Secretary for the Office of Congressional and Intergovernmental Relations at HUD. Prior to joining HUD, Sarah was the Senior Policy Director at Enterprise Community Partners, leading the national organization’s tax and fair housing policy and advocacy. Sarah co-led the national ACTION Campaign to strengthen and increase the Low-Income Housing Tax Credit. Sarah also previously led Enterprise’s state and local policy in California, where she managed the state fair housing taskforce and the successful implementation of California Opportunity Maps. Sarah previously contributed to research with Color of Law author Richard Rothstein, the Haas Institute for a Fair and Inclusive Society, and the Terner Center for Housing Innovation, and worked for the National Low Income Housing Coalition.

As President and CEO of The Port, Brunner directs a public, mission-focused, quasi-governmental agency dedicated to expanding prosperity by repositioning real estate and creating value from land assets in a way that benefits everyone in Hamilton County, Ohio. Since her appointment in 2011, Laura has leveraged her background in commercial real estate and public accounting to lead The Port in strengthening its platform to improve regional economic, social, and environmental conditions and foster greater economic mobility. Laura works closely with The Port’s Board of Directors delivering on a three-pronged revitalization approach that guides its work–a public finance practice that drives development; a holistic neighborhood strategy that restores property to productive use and raises quality of life; and an urban Industrial revitalization initiative designed to create development-ready sites that support next-generation manufacturing to attract high paying jobs to our region.

Goodman is an Institute Fellow and Founder of the Housing Finance Policy Center at the Urban Institute. The Center provides policymakers with data-driven analyses of housing finance policy issues that they can depend on for relevance, accuracy, and independence. Before joining Urban, Goodman spent 30 years as an analyst and research department manager at several Wall Street firms. From 2008-2013, she was a Senior Managing Director at Amherst Securities Group LP, a boutique broker-dealer specializing in securitized products, where her strategy effort became known for its analysis of housing policy issues. From 1993-2008, Goodman was Head of Global Fixed-Income Research and Manager of U.S. Securitized Products Research at UBS and predecessor firms, which were ranked first by Institutional Investor for 11 straight years. Before that, she held research and portfolio management positions at several Wall Street firms. She began her career as a Senior Economist at the Federal Reserve Bank of New York. Goodman was inducted into the Fixed Income Analysts Hall of Fame in 2009.

As Co-Founder and Inaugural Director of the Nowak Metro Finance Lab, Katz regularly advises global, national, state, regional, and municipal leaders on public reforms and private innovations that advance the well-being of metropolitan areas and their countries. Katz is the co-author of The New Localism: How Cities Can Thrive in the Age of Populism (Brookings Institution Press, 2018) and The Metropolitan Revolution: How Cities and Metros are Fixing Our Broken Politics and Fragile Economy (Brookings Institution Press, 2013). Both books focus on the rise of cities and city networks as the world’s leading problem solvers. Katz was the inaugural Centennial Scholar at the Brookings Institution from January 2016 to March 2018, where he focused on the challenges and opportunities of global urbanization. Prior to assuming this role, Katz was a VP at the Brookings Institution and founding Director of the Brookings Metropolitan Policy Program. Before joining Brookings, Katz served as Chief of Staff to HUD Secretary Henry Cisneros, and was the Senior Counsel and then Staff Director for the U.S. Senate Subcommittee on Housing and Urban Affairs. After the 2008 presidential election, Bruce co-led the housing and urban transition team for the Obama Administration, and served as a Senior Advisor to HUD Secretary Shaun Donovan, for the first 100 days of the Administration.

Broom was sworn in as the 27th Mayor of College Park, Georgia, in January 2020. She is the first woman and the first person of color to serve as mayor of College Park. A native of Cleveland, Ohio, she has lived in College Park since 2008. Under Mayor Motley Broom’s leadership, College Park has continued to thrive. Mayor Motley Broom has championed new housing developments in areas of the city plagued by a generation of disinvestment. Those efforts have paid off through projects such as South Park Cottages (a tiny home community) and Somersby (a mixed use/mixed income development adjacent to North Clayton Middle School). The Diamond @ College Park, a partnership with the College Park First United Methodist Church, recently broke ground near the College Park MARTA station, which will bring an arts campus and additional residents to a vibrant part of the city.

Dr. Raymond is interested in the financialization of housing and property in land, displacement and dispossession through housing systems, housing and disasters, housing justice, race, segregation, and the transnational Pacific Islander community. Dr. Raymond has explored widening housing wealth inequality following the real estate and financial crises of the 2000s, and the relationship between financialization of rental housing and eviction-led displacement. She has studied the effect of the foreclosure and affordability crises on Pacific Islander communities in Los Angeles, as well as the financialization of customary land in Samoa. Dr. Raymond has ongoing projects on housing, displacement and disasters, including work on eviction and migration following disasters.

Sullivan’s research focuses on poverty, environmental inequality, legal regulation, and the built environment, with a special interest in housing and residential mobility. Her book Manufactured Insecurity: Mobile Home Parks and Americans' Tenuous Right to Place won the 2019 Robert Park Award. The book examines the sociolegal, geospatial, and market forces that intersect to create housing insecurity for an entire class of low-income residents in U.S. manufactured home parks. She continues to publish on various aspects of housing insecurity as it relates to manufactured housing. Her work on this topic has appeared in American Sociological Review, Urban Studies, Housing Policy Debate, Qualitative Sociology, Journal of the American Planning Association and elsewhere. Her research has been covered in The New Yorker, The New York Times, The Washington Post, and TIME.

Zurbrigg holds a Masters' Degree in Community Planning from the University of Maryland, with an emphasis on equitable development and preserving diversity through maintaining affordable housing in gentrifying neighborhoods. Zurbrigg has worked in the affordable housing and community development field for more than 22 years, and volunteered as an advocate for affordable housing and community-based arts and education. She chaired the Finance Committee on the DC Council's Limited Equity Coop Taskforce, and served on the Board of Directors for the Coalition for Nonprofit Housing and Economic Development (CNHED) for more than 15 years. She currently co-chairs CNHED Tenant Purchase Working Group, which focuses on building support for affordable co-ops.

Previous: Redfin Looks to 2023
Next: Underserved Borrowers to Get Leg Up From Fannie Mae