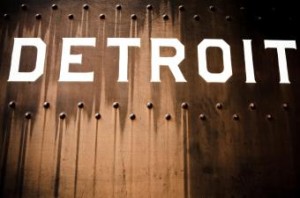 In terms of single-family homes, investors see the most yield from properties in older metro areas—particularly those in the Midwest and Northeast, according to recent data from RentRange Data Services. Detroit, Cleveland, and Milwaukee boast the best single-family markets in the nation.

On Tuesday, RentRange released its rankings of the nation’s top 25 metro areas in order of highest gross average yield on single-family homes. Detroit came in at No. 1, with a 17 percent average gross yield for the first quarter of 2017. Rents jumped nearly a full percent in the Michigan city over Q1.

According to RentRange, cities in the Midwest and Northeast dominated the list, largely because of ever-increasing home prices in the South.

“Data shows that the highest yielding markets are dominated by older metro areas in the Midwest and Northeast,” RentRange reported. “Sales price increases in these markets have lagged behind faster-growing markets in the South and Southwest.”

The only Southern cities to make the top 10 were McAllen-Edinburg-Mission, Texas; Birmingham-Hoover, Alabama; and Memphis, Tennessee/Mississippi/Arkansas.

“Analyzing the average vacancy rates, which is the percentage of rental properties that are vacant or unoccupied at a particular time, the lowest rates from the list are in Pittsburgh, Indianapolis, St. Louis, Oklahoma City, and Canton,” RentRange reported. “Lower vacancy rates generally mean properties stay vacant for less time, limiting the loss of rent.”

According to Dennis Cisterna, CRO at RentRange, investors should consider all historical data points when deciding where to buy single-family properties—something previous generations of investors were unable to do.

“The first step every investor should take when looking to invest in single-family rentals is to conduct due diligence by researching historical housing and rental data, the local economy, and property-specific financial information like insurance, taxes, gross yield, net yield, and cash flow,” Cisterna said. “Today’s investor has a leg up on their predecessors because this type of information is now readily available in a way it was never before. While many markets may have high yields, they may have quite different rent growth percentages and vacancy rates. A strong market would generally have a combination of high yields, low vacancies, and high rent growth.”

Previous: Home Prices Up and Not Coming Down Anytime Soon
Next: Gen X Anxious and Fearful for Financial Future