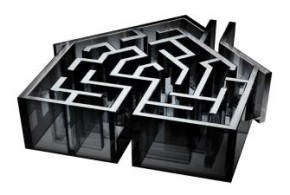 Conventional wisdom seems to suggest that recent housing data points to reasons for analysts to worry about the direction of the economy. A new report makes the case that the picture is much brighter then their consensus would lead one to think.

END_OF_DOCUMENT_TOKEN_TO_BE_REPLACED

Last month's 18.6 percent surge in existing-home sales from a year earlier had some market observers doing a double-take, but Galen Ward, who runs a real estate brokerage web site, says it wasn't unexpected. Michael Simonsen of Altos Research says anything is going to look good coming off the market's tax-credit hangover this time last year. But the fact that the median home price was down more than 5 percent from August 2010 at the same time sales jumped so sharply is one of the most telling stats for Clear Capital's Alex Villacorta.

END_OF_DOCUMENT_TOKEN_TO_BE_REPLACED

Double Dip: Altos Says Prices Have Been Steadily Rising Since Then

While a number of closely-watched home price indices show national readings have slipped into a double-dip, Altos Research says it's come and gone. The firm notes that the latest Case-Shiller findings declaring a new post-recession low are based on data through the end of March. Since that time, Altos has recorded a steady uptick in prices for both major metros and mid-city markets across the country. The firm expects to see a rising and falling pattern for several years and believes the double-dip is really just the start of the next housing cycle.

END_OF_DOCUMENT_TOKEN_TO_BE_REPLACED

Analytics firm Altos Research this week unveiled a new product that will forecast changes in a property's transaction price up to 12 months into the future based on the strength or weakness of the area's local real estate market. The product, AltosEvaluate Forward Valuation Modeling (FVM), debuted at the American Securitization Forum 2011.

END_OF_DOCUMENT_TOKEN_TO_BE_REPLACED

The first week of January typically marks the seasonal low point for home sales, new listings, and closings, as weather and holiday celebrations keep buyers and sellers from the market, and this year is no different, according to Altos Research. The company says both home prices and inventory are down for the lion's share of the nation's regional markets. The analysts at Altos expect home prices to hit a new trough in 2011, falling another 5 to 10 percent over the next 12 months.

END_OF_DOCUMENT_TOKEN_TO_BE_REPLACED

Inventories of For-Sale Homes Drop in Most Major Markets: Altos

Inventories of homes listed for sale are dwindling across the country, in some markets, significantly, according to Altos Research. Of the 26 major markets the company tracks, only three showed increases in inventory during the month of October - Las Vegas, Phoenix, and San Diego - and Altos described their increases as ""slight."" Washington, D.C. had the biggest decline in its supply of listed homes. While, typically, decreases in inventory are evidence of a leveling off, Altos says the potential impact of the so-called shadow inventory looms large.

END_OF_DOCUMENT_TOKEN_TO_BE_REPLACED

Altos Research says its newest housing market report confirms what the company has been saying for some time: the mini-boom of this spring was created by seasonal demand, with some extra help from the federal homebuyer tax credits, but now that those dynamics are gone, ""buyer activity has all but come to a standstill,"" the company says. The analysts at the California-based firm warn that the industry should brace for rapidly rising inventory and continued home price pressures in August and into the fall of 2010.

END_OF_DOCUMENT_TOKEN_TO_BE_REPLACED

U.S. Housing Market Is in Worse Shape than You Think: Altos Research

Real estate data provider Altos Research is taking a very bearish outlook on the housing market. The company says that ominous shadow inventory of distressed properties hanging over the industry will lock home prices into a downward trajectory for the remainder of this year, with property values starting out 2011 even lower than they were in 2009. Add to that the fact that the pool of viable buyers out there is shrinking, and you've got an equation that Altos says is a sign of real market weakness.

END_OF_DOCUMENT_TOKEN_TO_BE_REPLACED

Despite the industry's unprecedented efforts to keep people in their homes, there are more borrowers behind on their mortgage payments than there have been in 37 years.