According to a new report by Harvard University’s Joint Center for Housing Studies, the number of broadening renter demographics will create demand for a wide variety of rental housing in the years to come, creating opportunities for single-family rental investment.

END_OF_DOCUMENT_TOKEN_TO_BE_REPLACED 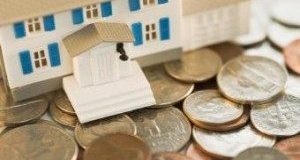 According to a new report issued on Friday, home price appreciation rates are disparate between the nation’s most and least expensive cities—and that gap is only widening. While 16 percent of U.S. markets have seen housing prices jump 40 percent since the year 2000, another 30 percent of cities actually saw prices decline over the same period. Despite the discrepancy, nominal prices rose in 97 out of the nation’s 100 biggest metro areas last year due to high demand and tightening supply. As a result, affordability is on the downslope across the nation; an estimated 19 million households spent more than half of their income on housing.