JPMorgan Chase reported Wednesday that the company made $5.6 billion during the first quarter of 2011, beating market expectations. But the lender's mortgage business took a significant hit, as related revenue fell 75 percent and costs tied to its servicing and foreclosure operations mounted. The company says ""extraordinarily high losses"" from mortgage-related issues will continue ""for a while,"" but the lender assured investors that it is addressing mistakes from the past.

END_OF_DOCUMENT_TOKEN_TO_BE_REPLACED

Fannie Mae has released its fourth-quarter and full-year 2010 earnings results. The GSE reported net income of $73 million for the last three months of 2010. It's the first time the company's been in the black in over three years. Still, after a hefty $2.2 billion fourth-quarter dividend payment to the U.S. Treasury, Fannie Mae had a net worth deficit as of the end of last year and has requested $2.6 billion more in taxpayer dollars. For the full year of 2010, Fannie Mae recorded a net loss of $14 billion, compared with a loss of $72 billion for 2009.

END_OF_DOCUMENT_TOKEN_TO_BE_REPLACED

Freddie Mac reported Thursday that it lost $113 million in the fourth quarter of 2010. The loss, compounded by the company's $1.6 billion quarterly dividend payment to Treasury for bailout money, left the GSE with a net worth deficit again. Freddie's regulator is requesting another draw from Treasury, this time to the tune of $500 million. The company's fourth-quarter shortfall was actually the smallest of 2010 and brings the GSE's losses for the full year to $14 billion.

END_OF_DOCUMENT_TOKEN_TO_BE_REPLACED

Ally Financial, the parent company of GMAC Mortgage, said Tuesday that it brought in net income of $1.1 billion for the full-year 2010, a sharp turnaround from the $10.3 billion net loss recorded for 2009. During the fourth-quarter period of last year, the company posted a profit of $79 million, compared to a net loss of $5 billion for the fourth quarter of 2009. The company's financial sheet turned from red to black largely due to gains in its mortgage operations.

END_OF_DOCUMENT_TOKEN_TO_BE_REPLACED

The nation's largest bank reported this morning that it lost $2.2 billion in 2010. During the fourth-quarter period, Bank of America posted a net loss of $1.2 billion, which included a goodwill impairment charge of $2.0 billion in its home loans and insurance division. Had it not been for this charge, the company says it would have earned $756 million in the fourth quarter. The company called 2010 a year of ""necessary repair and rebuilding."" Bank of America is the only one of the 'Big Four' to report a loss.

END_OF_DOCUMENT_TOKEN_TO_BE_REPLACED

Wells Fargo & Co. announced this morning that it pulled in record profits during the fourth quarter of last year and for the full-year 2010. The company reported net income of $3.4 billion in Q4, or $0.61 per common share, up 21 percent from the same period a year earlier. For all of 2010, the company earned $12.4 billion, or $2.21 per share. That compares to $12.3 billion in 2009. Word on the street is mixed regarding how the San Francisco-based bank fared versus market expectations.

END_OF_DOCUMENT_TOKEN_TO_BE_REPLACED 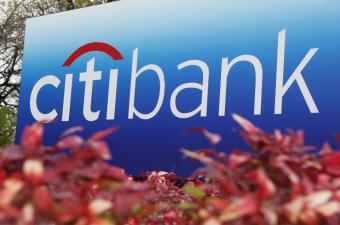 Citigroup reported Tuesday morning that it brought in net income of $10.6 billion during 2010. That compares to a loss of $1.6 billion for the 2009 fiscal year. During the last three months of 2010, the financial institution posted net income of $0.04 per share, or $1.3 billion. Total revenue in the fourth quarter was $18.4 billion, down 11 percent from the previous quarter. The company's Q4 numbers missed the market's expectations. MarketWatch cites a FactSet Research poll, in which analysts had forecast profit of $0.08 a share on revenue of $20.6 billion for the fourth quarter.

END_OF_DOCUMENT_TOKEN_TO_BE_REPLACED

JPMorgan Chase kicked off of the earnings reporting season among major U.S. lenders Friday. The company reported net income of $17.4 billion for the full-year 2010, an increase of 48 percent compared with $11.7 billion for the prior year. During the fourth-quarter period, the financial institution brought in net income of $4.8 billion. Earnings per share were $1.12 in Q4. CEO Jamie Dimon described the company's performance as ""solid,"" but he says its mortgage business continues to be a ""significant drag on returns.""

END_OF_DOCUMENT_TOKEN_TO_BE_REPLACED

Sales at Titleserv National, a provider of title insurance, appraisal, and settlement services for residential and commercial customers, increased by almost 43 percent from the second to third quarters of 2010, according to a statement from the company. The third-quarter increase also represents a 34 percent gain over the same period in 2009. The New York-based company attributes the jump to lower interest rates, which boosted demand for refinancing, and a major expansion of its sales force.

END_OF_DOCUMENT_TOKEN_TO_BE_REPLACED

Fannie Mae’s Losses Narrow, but $2.5B More Needed in Aid

The nation's largest mortgage financier reported a smaller loss during the third quarter than it did in the second, with the latest figures representing a $17 billion improvement over financial results from a year earlier. Fannie Mae says, though, that it needs another $2.5 billion from taxpayers to cover its net worth deficit. The GSE also reported that home retention actions were down 14 percent in Q3, while home repossessions rose by nearly 24 percent. As of September 30, Fannie Mae's inventory of single-family REO properties stood at 166,787.