The seasonally adjusted annual rate of sales welled 8.3 percent in June to 497,000, according to a report from the Census Bureau and HUD. Economists surveyed by Bloomberg expected June sales to increase to 484,000 from May's originally reported 476,000. The median price of a new home fell 5.0 percent in June to $249,700, the third time the median price has dropped in the last four months. May's median price was revised down to $262,800 from the originally reported $263,900.

END_OF_DOCUMENT_TOKEN_TO_BE_REPLACED

Existing-home sales fell 1.2 percent in June to an annual sales rate of 5.08 million as the price of a single-family home rose 13.5 percent from a year earlier--the strongest year-over-year gain since November 2005, the National Association of Realtors reported Monday. Economists surveyed by Bloomberg expected existing-home sales to jump to 5.27 million from May's originally reported sales pace of 5.18 million. The median price of an existing home rose $11,100 or 5.5 percent for the month to $214,200, the highest price since June 2008.

END_OF_DOCUMENT_TOKEN_TO_BE_REPLACED

The nation's home builders celebrated Tuesday with the release of July's Housing Market Index, which showed a six-point jump in the measure of builder confidence on the heels of a seven-point jump one month earlier. In the last three months, confidence--as measured by the index--is up 16 points, or almost 40 percent. With giddy numbers like these, one would think builders would rush to break ground--or at least file the paperwork to do so, but they're not.

END_OF_DOCUMENT_TOKEN_TO_BE_REPLACED

One week after spiking to a two-month high, first-time claims for unemployment insurance dropped 24,000 to 334,000 for the week ending July 13--the lowest level in 10 weeks, the Labor Department reported Thursday. Economists expected the number of claims to drop to 344,000 from the 360,000 originally reported for the week ending July 6. The number of filings for that week was revised down to 358,000.

END_OF_DOCUMENT_TOKEN_TO_BE_REPLACED

Citing improvements in manufacturing, tourism, commercial and residential real estate and in the financial sector, the Federal Reserve Wednesday said the nation's economy ""continued to increase at a modest to moderate pace"" from late May through early July. The assessment in the periodic Beige Book was tempered by ""mixed"" conditions in the agricultural sector and the absence of improvement in labor markets. ""Hiring,"" the Beige Book said, ""held steady or increased at a measured pace.""

END_OF_DOCUMENT_TOKEN_TO_BE_REPLACED

What Soaring Confidence? Builders Cut Back in June

END_OF_DOCUMENT_TOKEN_TO_BE_REPLACED

After surging in June, the Housing Market Index, a measure of builder confidence, shot up again in July, climbing six points to 57, its highest reading since January 2006, the National Association of Home Builders reported Tuesday. The two month 13-point gain was the strongest two-month increase since January-February 1992 when the index improved 14 points.

END_OF_DOCUMENT_TOKEN_TO_BE_REPLACED

Driven by stronger auto sales and rising gasoline prices, total retail sales increased 0.4 percent in June, down from MayÃ¢â‚¬â„¢s increase, the Census Bureau reported Monday. Economists had expected sales to increase 0.8 percent. May retail sales were revised to show an increase of percent, up from the originally reported 0.5 percent. The report suggested continuing struggles for the consumer sector, which represents 70 percent of the economy.

END_OF_DOCUMENT_TOKEN_TO_BE_REPLACED

Ben Bernanke was up at the National Bureau of Economic Research (NBER) to celebrate the Federal Reserve's 100th birthday. Despite being chairman of the Fed, instead of receiving a birthday gift, he gave a birthday gift--and Wall Street partied. Bernanke was generous in comments to the beleaguered housing sector when he listed his reasons for optimism about the economy. But Bernanke saved his biggest boost for stock investors when he made clear the Federal Reserve has no intention of abruptly raising interest rates or cutting back on its $85 billion a month bond purchase program.

END_OF_DOCUMENT_TOKEN_TO_BE_REPLACED 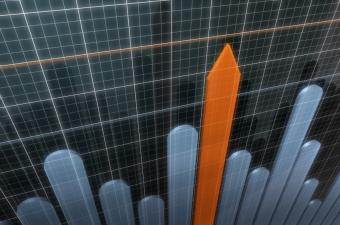 First-time claims for unemployment insurance jumped a surprising 16,000 to 360,000 for week ending July 6, the highest level since mid-May, the Labor Department Thursday. Economists expected the number of claims to drop to 337,000 from the 343,000 originally reported for the week ended June 29. The number of filings for that week was revised up to 344,000.