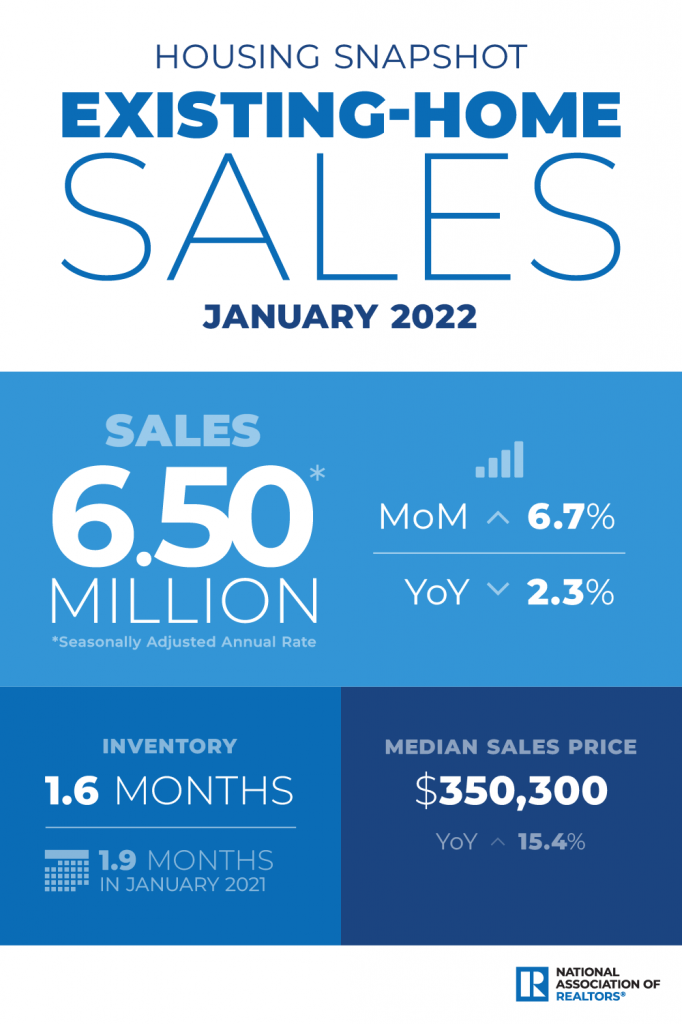 On a month-over-month basis, each of the nation's four major regions experienced an increase in sales in January 2022, according to the National Association of Realtors. Existing-home sales rose to a seasonally adjusted annual rate of 6.5 million, an increase of 6.7% from the prior month.

At the end of December, the inventory of unsold existing homes fell to a record-low of 860,000, equivalent to 1.6 months of the monthly sales pace–another all-time low. The median existing-home sales price increased at a stronger pace of 15.4% on a year-over-year basis, to $350,300. This marks 119 consecutive months of year-over-year increases, the longest-running streak on record.

In January, existing-home sales in the South jumped 9.3% from the prior month, reporting an annual rate of 2,940,000. The median price in the South was $312,400, an 18.7% surge from one year prior. For the fifth consecutive month, the South witnessed the highest pace of appreciation.

“The migration to the Southern states is clearly getting reflected in higher home sales and fast rising home prices compared to other regions,” Yun said.

Homes priced at $500,000 and below are disappearing, while supply has risen at the higher price range, according to Yun. He also noted that such increases will continue to shift the mix of buyers toward high-income consumers.

Total housing inventory at the end of January amounted to 860,000 units, down 2.3% from December and down 16.5% from a year ago. The total of unsold inventory currently sits at a 1.6-month supply at the current sales pace, down from 1.7 months in December.

“The inventory of homes on the market remains woefully depleted, and in fact is currently at an all-time low,” Yun said.

Yun explained that the forthcoming increase in mortgage rates will be problematic for at least two market segments.

“First, some moderate-income buyers who barely qualified for a mortgage when interest rates were lower will now be unable to afford a mortgage,” he said. “Second, consumers in expensive markets, such as California and the New York City metro area, will feel the sting of nearly an additional $500 to $1000 in monthly payments due to rising rates.”