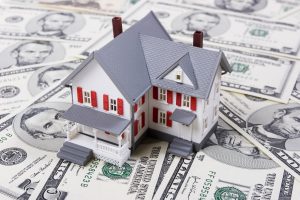 “The bump in housing market potential can primarily be attributed to a decline in mortgage rates and an uptick in household income, both contributing to higher house-buying power,” said Mark Fleming, Chief Economist at First American. “Five of the six elements of our Potential Home Sales Model swung in favor of increasing market potential, but these were partially offset by an increase in the average length of time people live in their homes and subsequent limiting impact on housing supply negatively influencing market potential. You can’t buy what’s not for sale, even if your buying power says you can afford it.”

With more Americans returning to the workforce in July, buyers were seen to be slowly regaining their confidence, as U.S. Bureau of Labor Statistics (BLS) reported that total non-farm payroll employment rose by 943,000 in July 2021, as the unemployment rate declined by 0.5 percentage point to 5.4%, with employment gains found in the leisure and hospitality, in local government education, and professional and business services sectors. The number of unemployed persons fell by 782,000 to 8.7 million in July, down from highs seen at the end of the February-April 2020 recession.

Fleming also noted another factor related to boosting housing market potential, which was the continued growth of household formation.

A recent National Association of Home Builders (NAHB) report revealed an increasing share of first-time buyers—a 56% share in the third quarter of 2020 that increased each quarter hitting 64% in Q2 of 2021. The share of millennials planning a home purchase jumped from 19% to 29% in Q2 of 2021. Among Gen Z buyers, it rose from 14% to 21%. Gen X and Boomers did not change much during this period.

Fleming also noted that one of the forces in play reducing housing market potential was homeowners choosing to remain in their homes. First American found homeowners remaining in their homes for a record 10.6 years. Fannie Mae's recent Home Purchase Sentiment Index (HPSI) found that a lack of inventory and continued elevated listing prices continue to make the prospect of home shopping and homebuying too daunting for most Americans.

Doug Duncan, Fannie Mae SVP and Chief Economist, said, “The percentage of respondents citing high home prices as the top reason for it being a 'bad time to buy' also reached an all-time high. On the flip side, selling sentiment remains extremely high, and well above pre-pandemic levels, for the same commonly cited reason: high home prices."

“The average length of time someone lives in their home increased in July relative to one month ago, but at a slower pace than in the previous three months. Still, the increase had a negative impact on housing market potential, reducing it by 9,100 potential home sales compared with one month ago. Overall, the average length of time people stay in their home has been increasing since the aftermath of the housing market crash a decade ago, meaning fewer and fewer people are listing their homes for sale, which keeps housing supply tight and restrains potential sales,” said Fleming. “Many homeowners refinanced into record low mortgage rates in 2020. Despite rates being below 3% once again, those homeowners are less inclined to move because they face a financial penalty in the form of a higher mortgage rate and larger monthly payment, even if they borrow the same amount as their existing mortgage. The lack of housing supply also prevents homeowners from listing their homes for sale–you can’t buy what’s not for sale and you won’t sell if you can’t find something better to buy.”

Previous: Rethinking Housing-Finance Policy
Next: The Impact of a Centuries-Old Doctrine on the Mortgage Market