Home / Daily Dose / 10 Cities Where Homebuyers are Most Stretched

10 Cities Where Homebuyers are Most Stretched 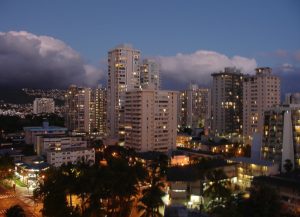 Total household debt has increased by $219 billion or 1.6 percent to $13.51 trillion in the third quarter of 2018, according to the latest Quarterly Report on Household Debt and Credit by the Federal Reserve Bank of New York.

According to an analysis by Realtor.com, these debt burdens vary by the housing market of a city or a region. Keeping this factor in mind, the analysis looked at places where homebuyers were the deepest and least into debt. Realtor.com analyzed the debt-to-income ratios (DTI) that account for all debt owed by mortgage applicants, divided by their pretax income. The team then analyzed mortgages taken out over the first eight months of 2018 and calculated the median debt-to-income ratio for mortgage borrowers in the 200 largest metropolitan areas to get the cities where homebuyers had the most and least debt.

The city with homebuyers with most debt was Honolulu, Hawaii, where the median mortgage borrower's DTI stood at 45.1 percent. With a median home price of more than $600,000, the analysis found that the median household income in Honolulu was at only $81,300 accounting for this disparity.

With a median mortgage borrower's DTI at 43.4 percent and a median home price of approximately $389,000 Riverside, California came in second on the list of cities with homebuyers with the most debt to their name, thanks to a low median income of around $62,000.

Cape Coral, Florida, with a median home price of $299,000 and a DTI of 43 percent was third on this list followed by Lakeland, another Florida city and El Paso, Texas, that rounded off the top five cities on this list. Other cities that featured on this list included Stockton, California; McAllen, Texas; Greeley, Colorado; Las Vegas, Nevada; and New York, New York.

Huntsville, Alabama topped the list of cities where homebuyers were least stretched, according to the analysis with a DTI of 33.6 percent and a median list price of approximately $259,000. Ann Arbor, Michigan was second on this list, followed by Fayetteville, Arkansas; Durham, North Carolina; and South Bend, Indiana that rounded off the top five on this list.