Short Supply and Affordability to Constrict Housing Market in 2022 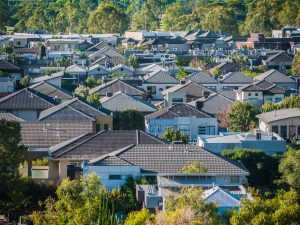 Fannie Mae’s Economic and Strategic Research (ESR) Group has reported its December 2021 commentary, upgrading its home sales growth projection for 2021 to 7.1%, with a strong end-of-year sales surge expected, up from the previously projected 5.3%, but forecasts a decline of 1.4% in 2022 due to continued tight inventory and affordability issues.

According to the ESR Group, the impact of monetary policy tightening to combat inflation will combine with ongoing supply issues and still appreciating home prices to slow sales activity. It is anticipated that the Federal Reserve will aggressively taper its bond purchasing in the new year as announced last week, as part of its effort to combat rising price pressures without tipping the economy into recession. The ESR Group predicts interest rate increases in Q2 and Q4 of 2022, and then occur quarterly through the year 2023. These actions are expected to impact mortgage rates and drive them upward.

"The public registered its ill-will toward inflation in our most recent National Housing Survey, which found that 70% of consumers believe the economy to be on the wrong track–the most since 2011, when consumer sentiment was weighed down by the aftermath of the Great Recession,” said Doug Duncan, Fannie Mae SVP and Chief Economist. “The Fed recently acknowledged that inflation is unlikely to be transitory, and it will now attempt to engineer a soft landing, one in which inflation moderates to acceptable levels and economic growth decelerates but doesn't contract. Whether the Fed is able to thread this historically difficult policy needle is shaping up to be one of the most consequential economic storylines of 2022."

Overall, the ESR Group found that the nation’s economic landscape will finish 2021 on a high note, as the outlook for full-year 2021 economic growth was revised upward to 5.5%, an improvement of 0.7 percentage points compared to the previous month's estimate. This end-of-year push was due primarily to stronger-than-anticipated consumer spending and inventory investment data.

In addition, the ESR Group also adjusted downward its forecast for 2022 real gross domestic product (GDP) growth to 3.2%, noting that strong recent data likely reflects a pull-forward of activity from the first half of 2022 and is unlikely to be sustained.

However, accelerating inflation remains a principal macroeconomic concern for 2022, more importantly, how the market and policymakers respond to it. While there's significant room for uncertainty regarding the near-term path of inflation, the ESR Group projects it to peak at approximately 7.0% annualized in Q1 of 2022 before gradually decelerating to 3.8% by year-end.

"While the economy picked up steam late in the year, unfortunately, so did inflation, and the market expects the Fed to recalibrate its monetary policy as a result," said Duncan.

Previous: CFPB, DOJ Caution Servicers to Protect Military Borrowers
Next: Rents on the Rise in November