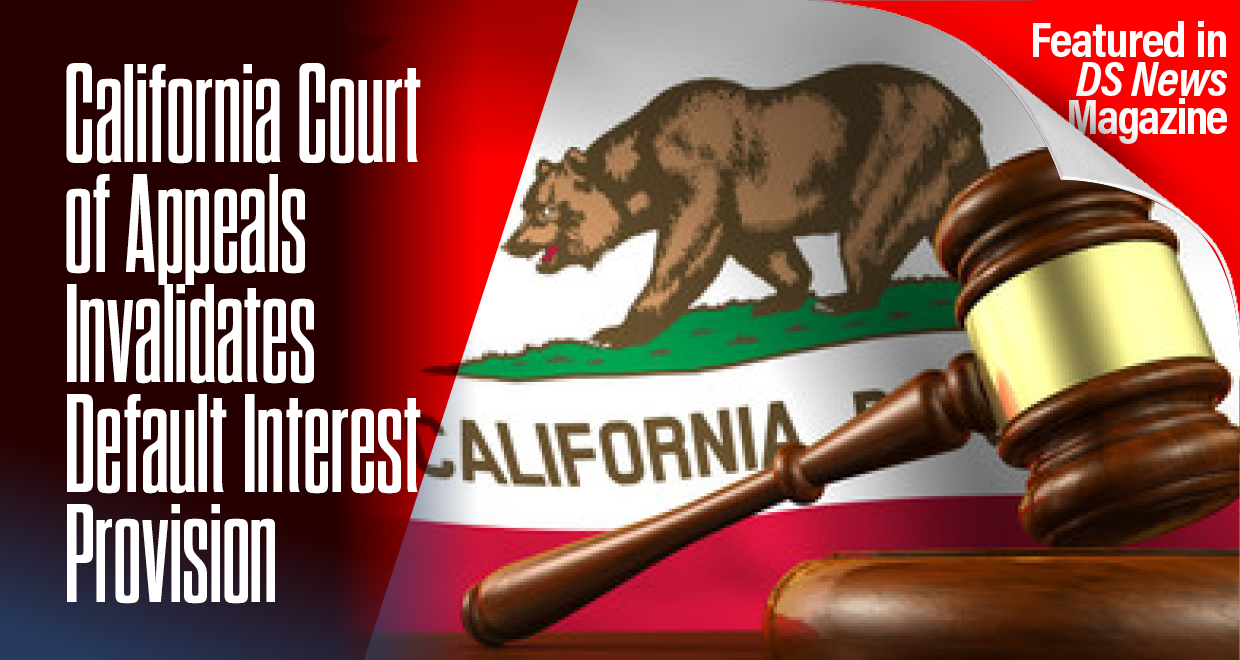 Default interest is a hot button for borrowers, lenders, and the courts. Most courts inherently do not like default interest because they see it as an improper “penalty.” That is the exact result reached on September 29, 2022, by the First District of the California Court of Appeals in Honchariw v. FJM Private Mortgage Fund, LLC.

The Facts
In 2018, the Honchariws took out a $5.6M bridge loan. In the event of default, the Honchariws agreed that FJM could charge both a one-time 10% late payment fee of roughly $39,000 and default interest of 9.99% on the entire loan balance. The loan documents even went so far as to explain that these charges are necessary because a default “will result in [FJM] incurring additional expense in servicing the loan, including, but not limited to, sending out notices of delinquency, computing interest, and segregating delinquent sums from the not delinquent sums on all accounting, loan and data processing records, in loss to [FJM] of the use of the money due, and in frustration to [FJM] in meeting its other financial commitments.”

This language appears intended as an agreement between the parties that the late charge and default interest were justified as compensation to FJM resulting from the default. These provisions (or similar ones) are common to many non-consumer loan documents.

After missing a monthly payment, FJM declared the loan in default and assessed the one-time late charge and added the default interest to the entire loan balance. The Honchariws initiated arbitration to dispute both charges. The arbitrator ruled in FJM’s favor, finding that the charges were not a penalty. The Honchariws’ attempt to vacate the arbitrator’s award was also denied, leading to this appeal.

As a result, charging default interest on the remaining loan balance following the maturity of the loan should be unaffected by this decision.

Of course, any default interest charge must still be reasonably related to the potential loss caused by the default.

Going forward, we recommend that lenders consult with an attorney before charging any default interest. In addition, lenders should have their loan documents reviewed to maximize the ability to charge default interest in the future.

Robert Finlay is one of the three founding partners of Wright, Finlay & Zak. Since 1994, Finlay has focused his legal career on consumer credit, business, and real estate litigation and has extensive experience with trials, mediations, arbitrations, and appeals. Finlay is at the forefront of the mortgage banking industry, handling all aspects of the ever-changing default servicing and mortgage banking litigation arena, including compliance issues for servicers, lenders, investors, title companies, and foreclosure trustees.