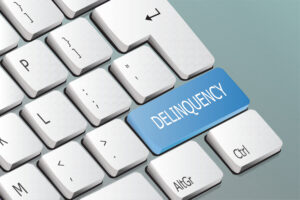 After CoreLogic’s Loan Performance Insights Report for September 2022 found that approximately 1.4 million loans nationwide were in some stage of delinquency (30 days or more past due, including those in foreclosure), and the nation’s overall delinquency rate dropped for the 18th consecutive month on an annual basis, the Mortgage Bankers Association (MBA) reports that commercial and multifamily mortgage delinquencies remained low in Q3.

“The delinquency rate for mortgages backed by commercial and multifamily properties remained low at the end of the third quarter,” said Jamie Woodwell, MBA’s Head of Commercial Real Estate Research. “For example, the share of bank-held CRE loan balances that were delinquent has only been lower once–just before the onset of the COVID-19 pandemic–in the series' 30-year history.”

Together, these groups hold more than 80% of commercial/multifamily mortgage debt outstanding. MBA’s analysis incorporates the measures used by each individual investor group to track the performance of their loans. Because each investor group tracks delinquencies in its own way, delinquency rates are not comparable from one group to another. As an example, Fannie Mae reports loans receiving payment forbearance as delinquent, while Freddie Mac excludes those loans if the borrower is in compliance with the forbearance agreement.

Based on the unpaid principal balance (UPB) of loans, delinquency rates for each group at the end of the third quarter of 2022 were as follows:

Construction and development loans are generally not included in the numbers presented in this report, but are included in many regulatory definitions of ‘commercial real estate’ despite the fact they are often backed by single-family residential development projects rather than by office buildings, apartment buildings, shopping centers, or other income-producing properties.

“The conditions that pushed delinquency rates to these near-record lows have been shifting, and we expect to see some stress work its way back into some loans,” said Woodwell. “Very slight increases during the third quarter in the delinquency rates of life company and Freddie Mac loans may signal the beginning of these trends.”

Overall U.S. mortgage delinquencies for single-family homes edged near record lows in September, with every state and all but one metro in Illinois posting at least slight annual declines.

“All stages of delinquency remained low in September,” said Molly Boesel, Principal Economist at CoreLogic. “Early-stage, overall and serious delinquencies were either at or below their pre-pandemic rates. Low unemployment, which has also returned to the level seen before the COVID-19 outbreak, is contributing to strong mortgage performance. However, if the U.S. enters a recession, increases in delinquency rates can be expected.”