To reduce friction in lending, credit scores provider, and global solutions company, Equifax has introduced The Work Number Indicator, an instant alert of whether an employment and income record exists on The Work Number database. The database is the nation's largest centralized repository of payroll data managed by the Atlanta-headquartered company. According to Equifax, the alert has been introduced to support initiatives that make the mortgage industry more consumer-oriented and to help lenders and borrowers gain operational efficiencies through quicker, paperless processes similar to the digital experiences already being offered by many retailers.

The Work Number Indicator, delivered along with the credit report, proactively signals to lenders whether a borrower’s income and employment information is already available within Equifax’s U.S. database, which can help eliminate a tedious documentation process for borrowers, and significantly expedite the mortgage origination process for lenders.

“As the industry continues to move toward a more streamlined, technology-enabled origination process, ready access to verifications data like income and employment are key to ensuring that the process isn’t hindered,” said Craig Crabtree, SVP and General Manager of Equifax Mortgage and Housing Services. “When lenders use The Work Number Indicator, they are able to more efficiently manage their workflows, ultimately resulting in an improved experience for borrowers and lenders’ staff alike.”

Giving an example of AmeriSave Mortgage Corporation, Equifax said that the mortgage lender realized a 15 percent improvement in mortgage origination efficiency through the use of The Work Number report for verification of employment and income. "For AmeriSave's borrowers, this accelerated the path to closing by an average of five days, valuable time that helps enable borrowers to move into homes quicker," Equifax said in a statement.

Equifax operates or has investments in 24 countries in North America, Central and South America, Europe, and the Asia Pacific region. It is a member of Standard & Poor's (S&P) 500 Index, and its common stock is traded on the New York Stock Exchange (NYSE) under the symbol EFX. Equifax employs approximately 10,400 employees worldwide. 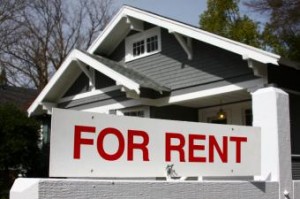