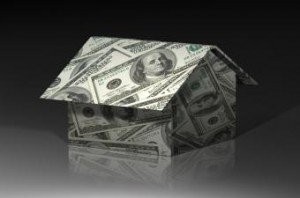 Experian recently released a white paper that highlights the latest U.S. lending trends related specifically to home equity lines of credit (HELOC), according to an announcement from the company. The announcement states that a rebound is underway that affects consumers and lenders positively, with consumers making payments on time and being responsible with their financial debts. Experian states that even with this positive outlook, though, consumers and lenders still should proceed somewhat cautiously, as $236 billion in HELOC debt originated between 2005 and 2008 is now nearing repayment.

With a significant amount of HELOCs reaching the end of their borrowing period and approaching repayment, Experian states that they are now investigating how consumers are handling these payments as well as what those spikes and trends mean.

"During the housing boom, home equity lending was heating up, but lenders pulled back significantly as home prices began to fall," said Michele Raneri, vice president of analytics and new business development. "What we're seeing now is that home values have recovered, but the end of draw is still a factor that needs to be considered when it comes to consumer and lending behavior."

The announcement says that this study focuses on how the HELOC trends might impact the lending industry moving forward. Experian reports that findings include $29 billion in HELOC debt originated between 2005 and 2008 has been paid down over the past 12 months, due to many of these lines of credit being in or approaching their repayment period. Likewise, as of Q4 2015, originations were up 111 percent, to $43.03 billion from $20.44 billion in the same quarter in 2010.

The company also reports that delinquencies associated with HELOCs have declined all the way to near prerecession levels. As of Q4 2015, only a reported 0.49 percent of consumers with an open HELOC were 90 to 180 days past due. Additionally, consumers with a HELOC in repayment were more likely to both close and open other HELOCs in the next 12 months as well as open or close a mortgage in the next 12 months.

The announcement also notes that the study worked to determine what could happen to these loans and other loan products and the findings showed that consumers coming to the end of draw on their HELOC are more likely to become delinquent as the increase in repayment burden could mean higher monthly payments. The report determined that this is not just on the HELOC, but also on other types of debt such as mortgage, auto loan, auto lease and bankcard trades.

"Many consumers have dealt with repayment well, while others may experience payment shock," continued Raneri. "The best path forward in this situation is for consumers to fully understand this potential payment stress, use resources available to them and to work closely with their lender to navigate these changes. If consumers have good credit and equity in their homes, they most likely can refinance their HELOC."