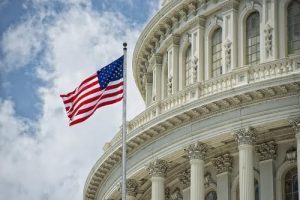 America goes to vote on November 6, in a mid-term non-presidential election whose outcome is likely to impact the housing market in more ways than one—much of which will depend on who votes during this election, especially since early voting is already open.

According to a new report on voter demographics by Apartment List, homeowners are more likely than renters to be voting eligible and historically speaking, the report revealed, even among eligible voters only 49 percent of renters cast a ballot in 2016 compared with 67 percent homeowners.

“Renters represent a unique cross-section of the American population—the net worth of the median renter is just $5,200, compared to $231,400 for the median homeowner, and the minority share of renters is twice that of homeowners,” said Chris Salviati, Housing Economist at Apartment List and the author of the report. “A coalition of renters could swing elections for politicians offering a vision of inclusive economic hope for the millions of diverse renters struggling in today’s economy.”

Whatever the demographic, it’s only the election results and how dramatic the shift in power will be in Washington as a result, that will determine the effect of this mid-term election on housing. “But there are three fairly obvious issues that will be affected one way or another,” Rick Sharga, EVP, Carrington Holdings told DS News. “The fate of the GSEs, the make-up of the BCFP, and affordable housing.”

The first issue that Sharga mentions is one that the current administration has clear views about.

The Fate of GSEs

In a recent memo Laura S. Wertheimer, Inspector General at the FHFA, identified four serious management and performance challenges that the agency faced in its role as a regulator and supervisor of the government-sponsored enterprises (GSEs). They included, the agency’s inability to improve oversight of both GSEs while strengthening internal review processes for non-delegated matters; upgrading supervision of the GSEs and Federal Home Loan Banks; oversight in cybersecurity, ensuring an effective information security system will protect the highly sensitive data gathered by the GSEs on borrowers; enhancing oversight over the GSEs’ relationship with counterparties and third parties.

Recent reports also point to the fact that the idea of scaling back Fannie and Freddie without legislative approval is gaining traction, making the results of this mid-term election even more important in determining their fate moving forward.

“It’s possible that the conservatorship will be unwound over the next year or two regardless of the midterm election outcomes, but if the Democrats take control of the House, they’ll look to build language into the agreement that provides funds for affordable housing, and offers expanded credit provisions for underserved borrowers–both of which Democrats included in the last bipartisan attempt to end the conservatorship a few years ago,” Sharga said. “The size, scope and specific roles of the two GSEs once out of the conservatorship could also vary wildly depending on whether the Republicans continue to control all three branches of government or the Democrats take back the House and/or Senate.”

The stewardship of the Bureau of Consumer Financial Protection (BCFP) is another area that is likely to get affected by the election results. “Who replaces Director Mulvaney—and whether that new director will continue to take the Bureau in the same direction—will depend to a certain extent on which party controls the House and Senate. A more stridently conservative director, for example, is unlikely to be approved by a Democratic House,” Sharga said.

He also said that while the BCFP was currently working in tandem with the mortgage industry by soliciting input from practitioners and creating an environment where qualified borrowers got a better chance to secure a loan, “a return to more of an “enforcement” mentality could cause the pendulum to swing back once again, and make it more difficult for borrowers to achieve their dreams of homeownership.”

Affordable housing legislations are also at stake this election season, with the success of bills such as the Affordable Housing Credit Improvement Act, the New Markets Tax Credit (NMTC) Extension Act, the Historic Tax Credit (HTC) Enhancement Act, and others depending on who wins the House and Senate seats.

According to a report by Michael Novogradac of Novogradac & Company LLP, “History suggests Democrats will gain seats in the House, although whether they will gain enough to take control is an open question–partly because the redrawing of Congressional maps after the 2010 census created a large number of safe districts for Republicans, reducing the number of swing districts.”

The report, which looks at results where Democrats take one or both houses of Congress also projected the leadership changes that were likely in the House should that happen. “If the Democrats take either or both houses of Congress, significant legislation will need to be bipartisan to be enacted,” Novogradac wrote. “If the Republicans hold both houses, we may see another run at tax reform (perhaps making the temporary changes implemented in 2017 permanent) and other changes that might not be friendly to the tax credit community.”

Nine months in, the Tax Cuts and Jobs Act of 2017 appears to have had an impact on home value growth. Some of the changes brought by the December 2017 Act were a $10,000 cap on total state and local tax (SALT) deduction, lower threshold for full mortgage interest deductions, and higher standard deductions for most filers. According to a report by Zillow, following the introduction of the Act, home growth appeared to have slowed particularly in areas with homeowners that historically used the SALT deduction, compared to areas with a lower percentage of homeowners who use the SALT deduction.

Tax cuts, in fact, could be something that the Democrats might also look at, according to Robert Hockett, Edward Cornell Professor of Law at Cornell Law School, who recently spoke to Yahoo Finance about how the elections’ outcome could impact Tax Cuts. “The progressive wing of the party, which has all the momentum, is not as concerned about the deficits,” he said. “They would look to keep the corporate tax cuts (instead of repealing them), but also add tax cuts for the middle class and those who need it the most.”

The Question of Affordable Housing

Speaking of the middle class, the outcome of this election is also likely to unlock around $6 billion for affordable housing in the Bay Area in California, which is one of the most expensive and competitive housing markets in the country. A recent report in The Mercury News said that during this election, California voters would be weighing in on two statewide bonds that could “fund tens of thousands of new homes in the Bay Area and beyond—potentially making a dent in the housing shortage.”

However, a lot of this will depend on which party has the power to make these changes, since the Republicans and Democrats have widely different views and approach on the challenge of affordable housing and how to solve it.

For example, the Republicans look at overcoming this challenge by expanding the use of HUD-designated Opportunity Zones, offering investors with tax incentives to invest money in areas that desperately need economic development. According to Sharga, the GOP also continues to look at ways to reduce “regulatory burdens that make it difficult for builders to build affordable homes–Fannie Mae estimates that regulatory and zoning requirements cost a builder $80,000 on average before breaking ground–although many of the regulations are at the state and local level.”

On the other hand, Democrats have lobbied for more funding to help low-income families pay for housing. Citing a Pew Research Sharga said that 38 percent of renters paid more than 30 percent of their pre-tax income for rent, and 17 percent paid more than 50 percent. “Democrats have also proposed a variety of other programs to reduce housing costs, ranging from rent control to tax incentives for builders to build more affordable units, to having the government build millions of units across the country, or creating a pool of federal funds to reward states that build more housing stock,” Sharga said.

For now, though, it’s time to keep your eyes peeled on Capitol Hill to see who wins the Battle of the Houses to chart the future course of the housing market.