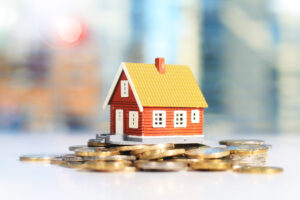 With rising rates, instability in home prices and overall economic uncertainty, an increasing number of investors held back from purchasing homes in the third quarter of 2022.

From Q2 to Q3, investor home purchases slumped 26.1%, the largest quarterly decline on record with the exception of the start of the pandemic—compared to a 17.4% quarterly drop in overall home purchases.

“It’s unlikely that investors will return to the market in a big way anytime soon. Home prices would need to fall significantly for that to happen,” said Redfin Senior Economist Sheharyar Bokhari. “This means that regular buyers who are still in the market are no longer facing fierce competition from hordes of cash-rich investors like they were last year.”

Investors lost their market share for the second consecutive quarter, as they decelerated on purchases. They bought roughly 65,000 homes in the metros tracked by Redfin in Q3, or 17.5% of all homes that were purchased–that total was down from 19.5% in Q2 and 18.2% year-over-year, but still up slightly from roughly 15% pre-pandemic.

Many of the metros where investor purchases declined significantly were areas that soared in popularity during the pandemic. Phoenix, Las Vegas, Sacramento, Miami, and San Diego consistently ranked on Redfin’s list of top migration destinations, which is based on net inflow, or how many more Redfin.com users were looking to move into a metro than out.

“The housing markets that investors are backing out of fastest are those that rose rapidly during the pandemic and are now falling rapidly,” Bokhari said. “That volatility creates a lot of uncertainty, which raises the risk of investors losing money.”

Investor home purchases only increased in five of the metros Redfin analyzed, rising 46.4% year-over-year in Philadelphia, 11.2% in New York; 8% in Baltimore; 5% in Cleveland; and less than 1% in Newark, New Jersey. Baltimore and Newark were among the markets holding up best as the overall market slows, along with other relatively affordable places on the East Coast and in the Midwest. 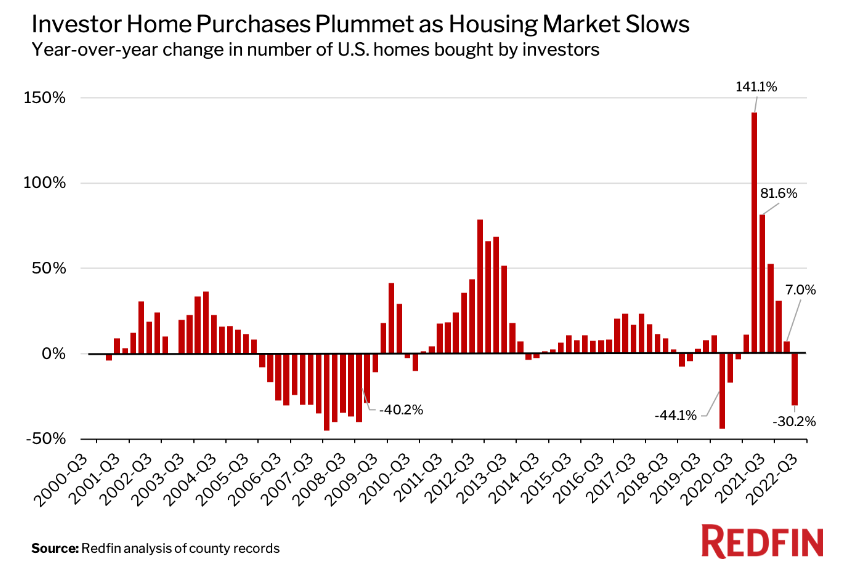 Investors lost market share in 14 of the 40 markets Redfin analyzed, as many of those markets were places where investor purchases dropped significantly.

While investor market share is highest in Jacksonville, investors bought 31.9% fewer properties than they did a year earlier. Many investors are looking to offload properties, according to local Redfin Agent Heather Kruayai.

“Almost all of my listings right now are people looking to sell investment properties or second homes,” Kruayai said. “They want to get rid of them now while they still have some value because they’re scared there’s going to be another big crash.”

Previous: The Front Lines of Property Preservation
Next: Fannie Mae Completes Final CIRT of the Year