Chicago's Covenant Bank is the third FDIC-insured institution to close this year, ""the agency"":http://www.fdic.gov/ announced.

The ""Illinois Department of Financial and Professional Regulation--Division of Banking"":http://www.idfpr.com/ closed the bank Friday, appointing FDIC as receiver. As of the end of last year, Covenant Bank had approximately $58.4 million in total assets and $54.2 million in total deposits.

According to a release from FDIC, ""Liberty Bank and Trust Company"":http://www.libertybank.net/ in New Orleans has agreed to assume all of the deposits of the failed bank and will purchase essentially all of the assets.

The estimated cost to the Deposit Insurance Fund will be $21.8 million. In addition to being the third institution to fail nationwide in 2013, Covenant Bank is the first to fail in Illinois. 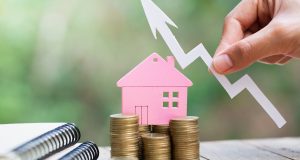