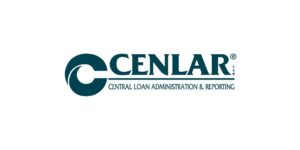 “We are excited to welcome these members to our team–all of whom have extensive knowledge in default management and years of experience in mortgage servicing,” said Cenlar SVP of Loan Operations William Moffett. “They will all serve an instrumental role in helping Cenlar to identify opportunities to continue to build an efficient default servicing platform using people, process and technology to provide excellent service to our clients and their homeowners.”

Saab has more than 20 years of experience working in both servicing and subservicing for servicers and large banks. He will oversee all the early phases of the default process for Cenlar, which includes Single Point of Contact (SPOC) and loss mitigation. Before joining Cenlar, Saab spent 14 years at CitiMortgage, where he was most recently SVP of Default Operations. He previously held the role of EVP of Mortgage and Consumer Operations at PNC Bank, as well serving as EVP and COO at LoanCare, where he implemented an enhanced compliance management system.

Wood brings more than 25 years of mortgage industry and servicing experience to his new role with Cenlar. He will be responsible for all late stages of default, which include bankruptcy, REO/property preservation, claims, loss analysis, and foreclosure. Prior to joining Cenlar, Wood held several positions at Mr. Cooper, most recently, SVP of Default Operations, where he was responsible for overseeing multiple default business phases of delinquency. He was also responsible for the complete rebuild of Mr. Cooper’s foreclosure and bankruptcy departments. He also held multiple leadership roles at Fannie Mae.

Sharp brings more than 14 years of experience to Cenlar, specifically in foreclosure operations. She recently held the position of VP of Default for PennyMac Corporation. Prior to her role with PennyMac, she was with Nationstar Mortgage, where she was the Assistant VP of Foreclosures. During her tenure, she managed multiple functions, including bankruptcy, GSE foreclosure processes, business analysis, default operations, investor reporting and loss analysis.

Previous: Home Insurance Prices Up Across the Board, Rising Faster than Inflation
Next: How Economic Indicators Are Impacting Delinquency Rates, Foreclosures