END_OF_DOCUMENT_TOKEN_TO_BE_REPLACED

Analyst Says Buying a Home Now Is a Solid Investment

Due to current low interest rates and anticipated appreciation rates for the next few years, homeownership is "one of the last legitimate wealth creation opportunities," according to Tim Rood, chairman of Washington, D.C.-based business advisory firm The Collingwood Group in an interview with Westwood One radio host Dirk Van last week.

END_OF_DOCUMENT_TOKEN_TO_BE_REPLACED 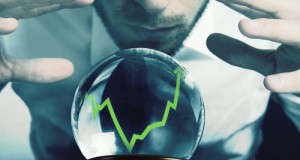 Freddie Mac Deputy Chief Economist Len Kiefer, who will be a keynote speaker at the upcoming Five Star Government Forum in Washington, D.C., on March 18, predicted in Freddie Mac's March 2015 Economic and Housing Market Outlook that the coming year would be the best for housing since 2007, immediately prior to the crash.

END_OF_DOCUMENT_TOKEN_TO_BE_REPLACED 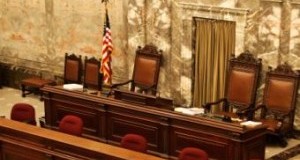 The proposed budget would increase $4 billion from last year to a total of $49.3 billion. HUD’s budget proposes more than $21 billion for the Housing Choice Voucher Program, which Secretary Castro said would extend support to more than 2.4 million low-income families.

END_OF_DOCUMENT_TOKEN_TO_BE_REPLACED 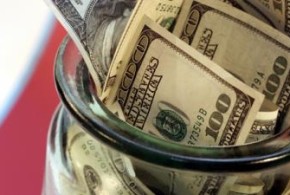 With a little help from the Federal Deposit Insurance Corporation (FDIC), American consumers can overcome the single biggest obstacle to homeownership – saving for a down payment – and increase their savings to a level that will allow them to finally own a home.

END_OF_DOCUMENT_TOKEN_TO_BE_REPLACED

Zillow announced Friday that it expects to close the acquisition of Trulia by February 17, following the announcement of the conclusion of a Federal Trade Commission investigation. Zillow first announced its intention to acquire Trulia in July 2014 for $3.5 billion.

END_OF_DOCUMENT_TOKEN_TO_BE_REPLACED

Secretary for the U.S. Department of Housing and Urban Development (HUD) Julián Castro told the audience at the National Press Club Tuesday afternoon that it was time for the nation to "remove the stigma" promoting homeownership. During his hour-long speech at the Press Club in Washington, D.C., which included a question and answer session, Castro spoke of the economic progress the nation made in 2014, such as experiencing the fastest job growth rate in 15 years, and he addressed HUD's initiatives which are aimed at promoting, increasing, and expanding opportunities for Americans to own a home.

END_OF_DOCUMENT_TOKEN_TO_BE_REPLACED

Report: Housing Market Will Gain Momentum In Next Year

The housing market will continue its gradual recovery and gain momentum in 2015 after a disappointing 2014, according to the Wells Fargo Economics Group 2015 Economic Outlook entitled "A Whole New Ballgame," released earlier this week.

END_OF_DOCUMENT_TOKEN_TO_BE_REPLACED

Following months of talk and speculation, both Fannie Mae and Freddie Mac announced on Monday they will begin allowing qualifying first-time borrowers to purchase homes with just a 3 percent down payment.