Existing-home sales rose 5.9 percent in November to a seasonally adjusted annual rate of 5.04 million, the highest level since November 2009, the National Association of Realtors reported Thursday. Economist had expected the sales pace to improve to 4.9 million. The median price of an existing single-family home rose to $180,600 in November, up 10.1 percent from November 2011. November was the ninth consecutive month to see year-over-year price gains, maintaining the longest streak for yearly improvements since mid-2006.

END_OF_DOCUMENT_TOKEN_TO_BE_REPLACED

Builder confidence continued to improve in December as the Housing Market Index (HMI) rose two points to 47, its highest level since April 2006, the National Association of Home Builders reported Tuesday. It was the eighth straight monthly increase in the index and matched economist expectations.

END_OF_DOCUMENT_TOKEN_TO_BE_REPLACED

The expectation for prices to continue rising is creating urgency among consumers to buy now, according to a Redfin survey of 1,084 active homebuyers. The percentage of homebuyers who believe prices are bound to move higher in the next 12 months increased to 71 percent in the fourth quarter from 61 percent in third quarter, according to the survey. While rising prices are causing some buyers to purchase now, low inventory is prompting others to hold off on their search.

END_OF_DOCUMENT_TOKEN_TO_BE_REPLACED 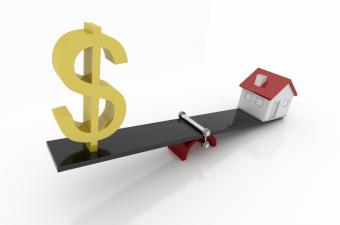 The recovery in home sales and prices is taking shape, but will it further solidify, even in the hardest hit markets? Pro Teck Valuation Services and Collateral Analytics say they think the recovery will continue in hard-hit markets such as Sacramento, Phoenix, Las Vegas, and Riverside-San Bernardino ""because prices are still lower than fundamental market drivers"" such as employment. The report also discussed the role of consumer sentiment in the residential market and explained how expectations can reinforce trends and build momentum.

END_OF_DOCUMENT_TOKEN_TO_BE_REPLACED

Freddie Mac: What to Expect from Housing in 2013

Freddie Mac made suggestions on what housing might look like in 2013 in its December outlook report. Overall, the GSE expects to see a continuation of positive trends. For one, property values should still rise into the next year and are likely to increase by 2 to 3 percent, Freddie Mac reported. The market should also see more households, with household formation expected to expand from a net 1.20 million to 1.25 million households.

END_OF_DOCUMENT_TOKEN_TO_BE_REPLACED

Capital Economics Looks Ahead into 2013 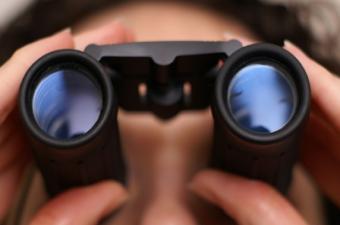 Strong positive indicators in the housing market have Capital Economics revising its predictions on growth in 2013 and beyond. According to the firm's most recent US Housing Market Analyst report, Capital Economics foresees ""further strong gains in home sales and housing starts in 2013,"" as well as improvements in prices and mortgage activity. According to the report, ""[t]he improvement in sales will continue to owe a good deal to investors and cash buyers, who are attracted to housing by the sheer extent to which it is undervalued and the prospects for strong rental market demand.""

END_OF_DOCUMENT_TOKEN_TO_BE_REPLACED

HUD's next sale as part of the Distressed Asset Stabilization Program (DASP) will include even more loans. The agency announced it will put out about 10,000-15,000 loans in its next sale, which will take place in the first quarter of 2013. The most recent sale in September included about 9,000 loans.

END_OF_DOCUMENT_TOKEN_TO_BE_REPLACED

There were 58,000 foreclosures completed in the United States during the month of October, CoreLogic reported Monday with the release of its latest National Foreclosure Report. October's tally was down 17 percent from last year when 70,000 foreclosures were completed during the month. On a month-over-month basis, completed foreclosures fell 25 percent after September's count was revised upward from the previously reported 57,000 to 77,000. CoreLogic says the larger-than-usual revision was due to an annual online auction of delinquent tax properties in Wayne County, Michigan, that weren't included in the earlier assessment.

END_OF_DOCUMENT_TOKEN_TO_BE_REPLACED

New home sales barely budged in October, dropping 0.37 percent to 368,000 after SeptemberÃ¢â‚¬â„¢s report was revised sharply downward from an original 389,000 to 369,000, Census Bureau and HUD reported Wednesday. Economists surveyed by Bloomberg expected the report to show a sales pace of 387,000.

END_OF_DOCUMENT_TOKEN_TO_BE_REPLACED

With revenue up and the housing market showing a sustained recovery, Fitch Ratings says the outlook for the U.S. title insurance industry is ""stable."" According to the ratings agency, its stable rating outlook is based on its belief that ""ratings actions for the industry will on balance approximate current levels over the next 12-18 months as financial performance has improved recently."" Operating profit margins for Fitch's title universe rose to 10.3 percent in the first nine months of 2012, a dramatic jump from 6.1 percent during the same period in 2011.